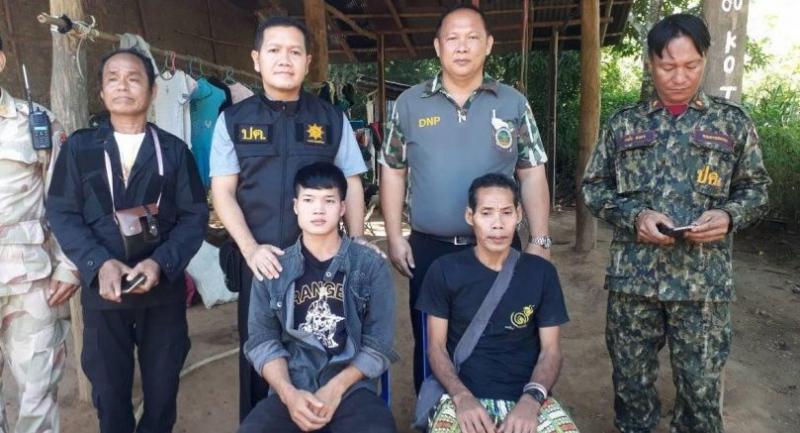 By Anan Kongcharoen
The Nation

Father and son hunters surrendered to authorities on Wednesday, after a provincial court issued arrest warrants over the killing of a protected serow in Phetchaburi’s Kaeng Krachan National Park on November 17.

They will be charged for various alleged offences, including illegal hunting, firing a gun in a national park without permission, possessing a wildlife carcass, and illegally possessing a gun and ammunition.

A 30-strong Army-police search of Ban Pong Leuk in Tambon Huai Mae Priang was conducted on Tuesday. The village, lying within the park, was seven kilometres from where the butchered serow carcass, two guns and 19 bullets were found in the Huai Pha Noi area of the park on November 17.

At the time, park patrol officials heard several gunshots coming from the direction of Huai Pha Noi, but the hunters’ dogs barked as officials arrived at the scene enabling the two hunters to narrowly escape.

The Tuesday search at the suspects' home found the same type of bullets as those found at the scene but the suspects again managed to flee.