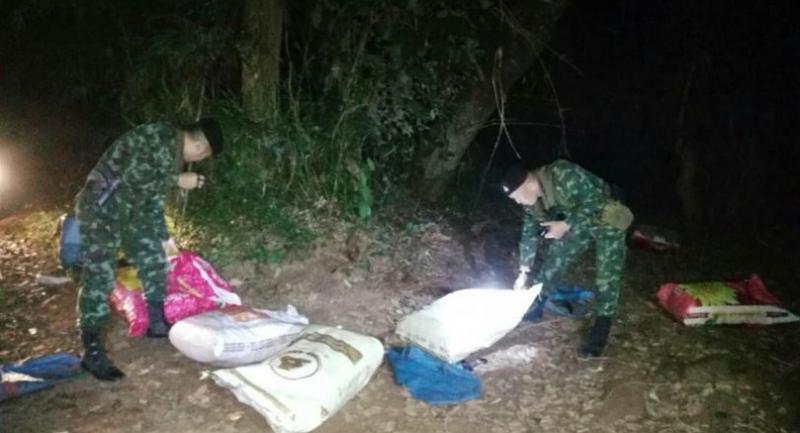 By Nattawat Laping
The Nation

Paramilitary rangers from the Pha Muang task force have seized 90 litres of suspicious chemical liquid on the Myanmar border. It included ammonium hydroxide and eight sacks of an unknown black powder from around 10 men who were leaving Thailand via the mountainous border in Chiang Rai's Mae Fah Luang district on Wednesday morning.

The authorities suspected that items were for drug manufacturing at a factory in Myanmar.

No suspects were arrested as the men fled into the forest, he said.