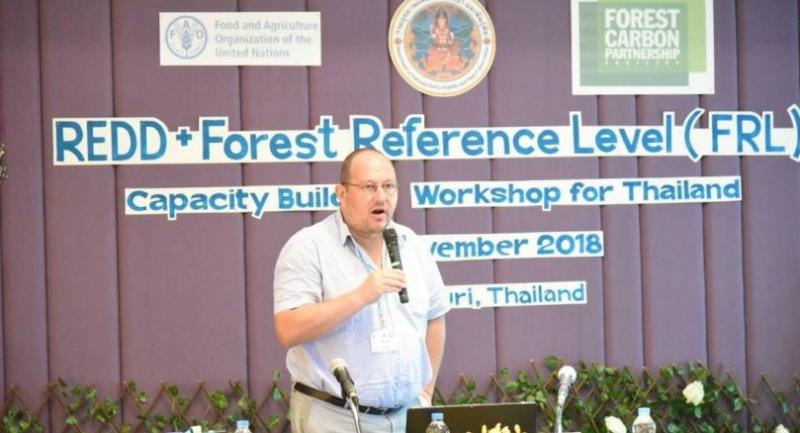 Thailand is developing forest monitoring systems to measure its success at reducing emissions from deforestation and forest degradation and carbon stocks preservation (REDD+).

The programme is part of Thailand’s commitment to help fight climate change.

The attempt is supported by the Food and Agriculture Organisation (FAO), which signed a memorandum of understanding with the Department of National Parks, Wildlife and Plant Conservation yesterday to provide technical support.

The Forest Carbon Partnership has provided US$3.6 million (Bt118.6 million) to the project, which is due to end in September next year.

The NDC targets are intended to cut greenhouse gases emissions under the 2015 Paris climate agreement.

Thailand has set its NDC target at a 20-25 per cent reduction in 2030 from the 2005 baseline. This is around 110-140 million tonnes of carbon, according to the Office of the Natural Resources and Environmental Policy and Planning.

While the energy and transport sectors are clearly targeted, reduction of carbon emissions from forests remains murky due to complications in measuring, reporting and verifying. It has been a sticking point since REDD was first adopted at the UN Climate Change Convention in Copenhagen in Denmark in 2009.

The idea has since been expanded to include other efforts, including sustainable forest management and the preservation of carbon stocks and is now known as REDD+.

Thanh said the FAO technical team would help Thailand develop the tools to monitor the forest trend and proceed with REDD+.

Director of the Forestry Climate Division Rattana Lukhanaworakul said Thailand is ready to work with the FAO to proceed with REDD+ and achieve the emission targets.

Forest targets have not yet been set.