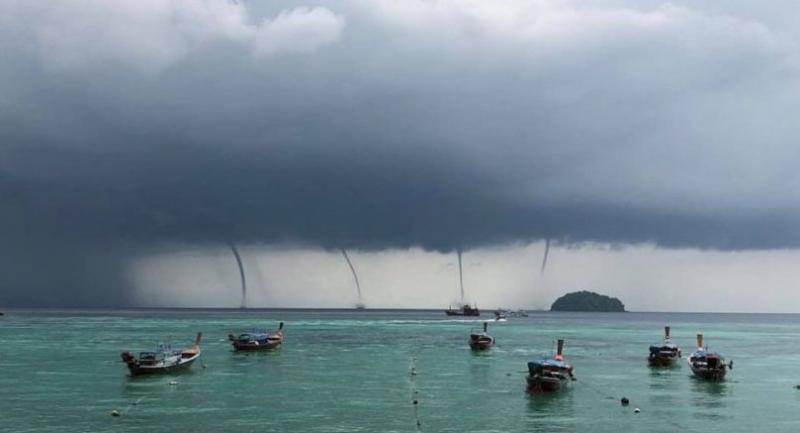 Tourists were treated to a spectacular sight of four waterspouts off Satun’s resort island of Koh Lipe on Sunday.

The sudden phenomenon in the Andaman Sea was recorded as video and photos and widely shared on social media.

The phenomenon happened a little before noon on Sunday when the four waterspouts shot out towards the horizon for 10-15 minutes, which was observed by those on the Sun Rise Beach, East of Koh Lipe.

However, the spectacle disappeared when rains arrived.

Weather Forecast Bureau spokesman Surapong Sarapa said a waterspout was common in the Andaman Sea coast during the rainy season but it was rare to have four of them at the same time.