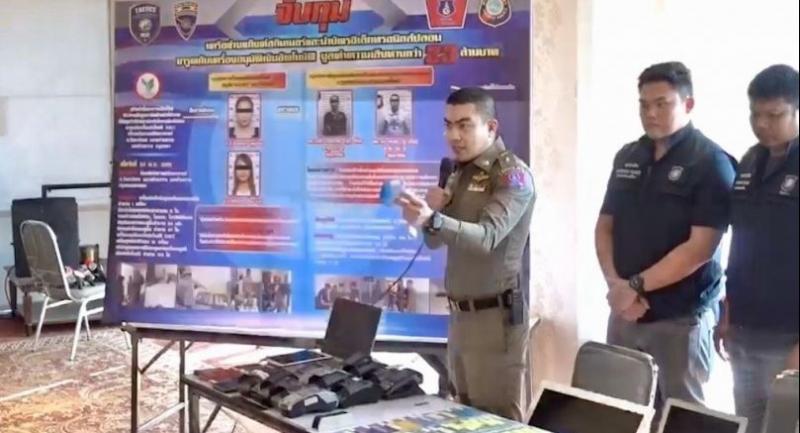 Their alleged Chinese accomplices were arrested on Sunday at the Bangkok Ratchada Seventeen Condominium in Din Daeng district and they were identified as Sun Zhideng, 32, and Yu Peng, 36.

Police allege that the gang has been making counterfeit credit cards based on the credit card data they stole from Chinese citizens. The fake cards were then allegedly used by the Thai women to make withdrawals through automatic transaction machines.

The scheme began in 2014, causing damages worth Bt23 million to credit card companies.

The two then allegedly provided the EDC machines to the two Chinese suspects, who made false purchases with the fake credit cards.

The two Chinese then sent credit card slips to the women to withdraw cash for them. The women were given a one per cent fee for each false purchase.

Police said the two Chinese have repeatedly entered and left Thailand on tourist visas since 2014.