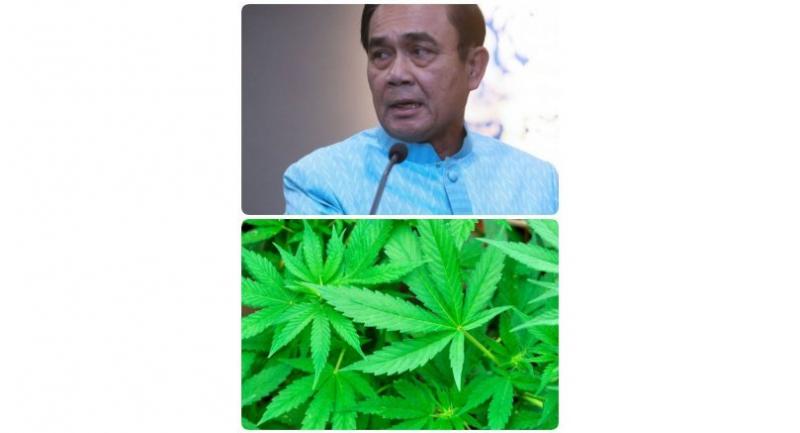 THE JUNTA is planning to use the extraordinary powers of Article 44 to introduce a solution to the cannabis-related patent problems.

“We are in the process of drafting the order issued under Article 44,” Prime Minister Prayut Chan-o-cha said yesterday about efforts to tackle patent issues.

The Article gives overwhelming power to General Prayut as chief of the National Council for Peace and Order.

In recent weeks, several non-governmental organisations have questioned if several government figures have been pushing hard for the legalisation of medical marijuana in the hope of giving a monopoly to some firms.

The patent uproar has been growing ever since activists and medical researchers noticed that all of the cannabis-related patent applications in the Intellectual Property Department’s system were filed by foreigners.

Prayut said yesterday that the NCPO had already discussed patent issues at its meeting.

“We will proceed carefully in solving these problems,” he said. “We will ensure that our solution to the patent uproar will not trigger any other problems.”

He added that the solution would definitely not run against international laws.

In Thailand, cannabis is illegal, with possession and use of the plant punishable by a jail term.

However, efforts to legalise medical marijuana have gained momentum in the country in recent months after Deputy Prime Minister and Justice Minister ACM Prajin Juntong nudged relevant authorities to consider various channels for its legalisation.

At one point, he even considered the invocation of Article 44 as an option.

International research has discovered medical benefits from cannabinoids, including treatment of Parkinson’s, Alzheimer’s, cancer, seizures and loss of appetite.