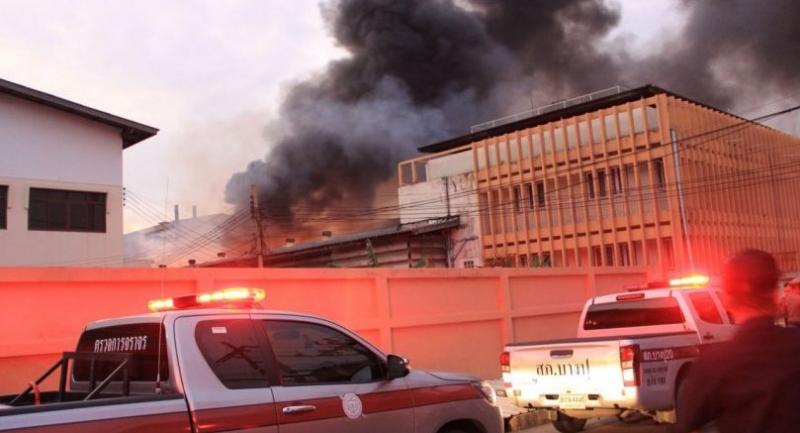 A major fire devastated a tannery in Samut Prakan early on Tuesday, damaging the factory building, tanning machines and leather stock worth about Bt5 million.

Police said no one was injured in the 5.30am fire at the Sanguan Thai Chong Charoen factory on Sukhumvit Road in Tambon Bang Pu Mai, Muang district.

Ten fire engines took about two hours to control the blaze after it swept through the entire building and caused the roof to collapse.

The owner, Wichai Sri-sanguansat, 77, told police that he got up early for a morning exercise run and his wife saw a fire sparking at a stream boiler machine that fed the tanning machines.

Police have yet to investigate the cause of the fire.