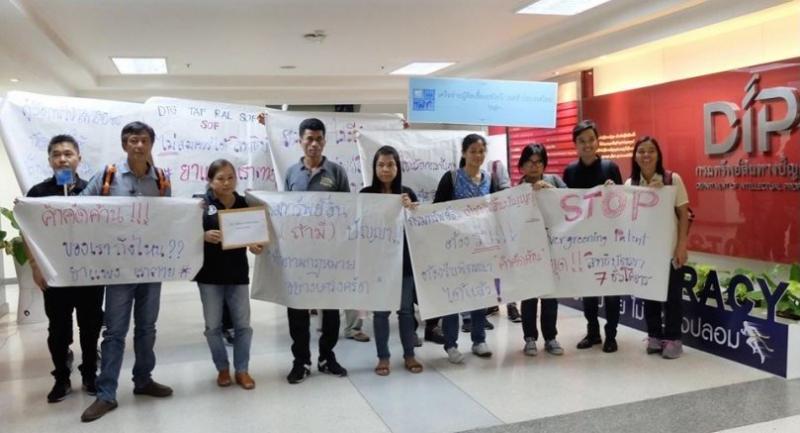 HIV/AIDS activists have attacked the Intellectual Property Department (IPD) for perceived inefficiency, which they blame for hurting patients’ access to useful medicines.

“The IPD has adversely affected the lives of people in Thailand by not throwing out patent applications that should have long been rejected,” Nimit Tien-udom, director of the Aids Access Foundation, said yesterday.

He spoke as he and representatives of the Thai Network of People Living with HIV/Aids (TNP+) turned up at the department to demand that it remove four patent applications for medicines from its system because they had long been disputed.

“Because the IPD has not removed these applications from its system, the Government Pharmaceutical Organisation (GPO) does not dare make these medicines.

“When Thailand does not make these medicines under compulsory licensing, patients have difficulty accessing them. These medicines remain expensive,” Nimit said.

He said his group had objected to four patent applications within the 90-day period after the applications were first advertised. One of them was for Raltegravir, and the other three for Sofosbuvir.

By law, the IPD must advertise a patent application after receiving it. If anyone disagrees with the issuance of a patent related to the application, they must do so within 90 days of the advertising. Still, items in patent applications continue to receive legal protection until the IPD rejects them.

“By not throwing out their applications, it’s as if the IPD has granted them a patent because they enjoy legal protection. Who suffers then?” Nimit asked. “The answer is patients and the National Health Security Office”, which offers most types of medical services to about 48 million Thais for free.

Raltegravir is used in a combination with other medications as an anti-retroviral to treat HIV/Aids. “The risk of people living with HIV contracting HCV is 10 times more than for others,” Nimit said.

He complained that the IPD was inefficient in handling medicine-related patent applications.

According to him, the IPD has acknowledged the disputes against four patent applications in 2016 and 2017.

“But to date, medicines at the centre of the applications continue to receive protection,” Nimit said.

He said the IPD needed to provide clear answers, because patients had already suffered for too long. “Medicines in these patent applications are nothing new. They do not deserve protection under intellectual-property law,” he said.

He also criticised the IPD for always giving confusing information, when they are asked if patent applications related to medicines for people living with HIV had been filed.

“Sometimes, we have had to ask for information from drug manufacturers,” he said. Nimit spoke up just a few days before World Aids Day, which has been observed worldwide since 1988 to raise public awareness on HIV.