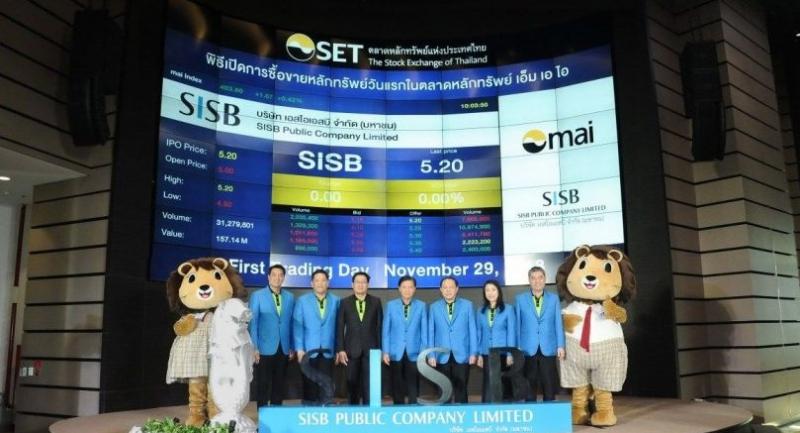 THE DEMOCRAT Party has filed a petition with the Central Administrative Court, calling for the Thai stock market regulator to suspend the trading of shares of an international school.

Shares of Singapore International School of Bangkok (SISB) started trading on the Stock Exchange of Thailand yesterday, but Juti Krairiksh, the party’s secretary-general, said the green light for SISB to trade runs counter to the government’s objectives in granting tax breaks and other privileges to private schools.

The Securities and Exchange Commission (SEC) should therefore be ordered to suspend the trading of SISB’s shares, which closed at Bt4.36 after an initial public offering of 260 million shares at a price of Bt5.2 per share.

SISB is the first private school stock to be traded on the Thai market. Under Thai regulations, privately owned schools are exempt from income and other taxes as a means to encourage the private sector to open schools and expand educational services. However, Juti said in the court petition that companies listed on the stock market seek maximum profits and so should not be exempted from income and other taxes.

Meanwhile, the Education Ministry has proposed that the government levy income and other taxes on privately owned schools if their shares are listed.

In a statement, the SEC said it had consulted the Office of Private Education Commission, which has publicly stated that there are no regulations currently barring privately owned schools from listing.

Finance Minister Apisak Tantivorawong said the Securities and Exchange Commission (SEC) has the authority to decide on the issue.

“The SEC and the SET [Stock Exchange of Thailand] have the authority to decide whether to accept schools that wish to raise funds from the capital market, not politicians,” he said.

Apisak was responding to news reports that the education minister has opposed SISB Co, the operator of Singapore International school, listing on the SET.

The SEC has the power to decide who should be allowed to list on the exchange, he said.

“The government offers tax privileges because we want to promote education, regardless of whether they are rich or poor schools,” he said.

Even if schools were listed on the stock market, they should continue to get tax privileges from the government, he insisted.

Tax incentives for educational institutions and fundraising are different matters, he said.

Revenue Department director-general Ekniti Nitithanprapas said the department is currently looking at tax privileges for private schools. He was also looking into whether private educational institutions should continue to receive tax privileges if they list on the SET.

He said the tax exemption covered international schools to support parents sending their children to private schools in Thailand rather than overseas.

In another development, Apisak said that shop owners wishing to participate in the shopping tax break must register for value-added tax (VAT) with the Revenue Department.

However, shop owners who sell under the One Tambon One Product (OTOP) programme do not need VAT registration.

The tax allowance, to be announced next week, will cover tyres, OTOP goods and books. Newspapers and magazines will not be covered, he said.

Shoppers would be eligible for a tax allowance to purchase the above products worth up to Bt15,000 during the New Year season.

The purchase must be made between December 15 and January 15, said Apisak.

SISB Plc’s share price closed Bt4.36 on its first trading day yesterday, but was down Bt0.84 per share, or about 16.15 per cent, from its initial price offering of Bt5.20.