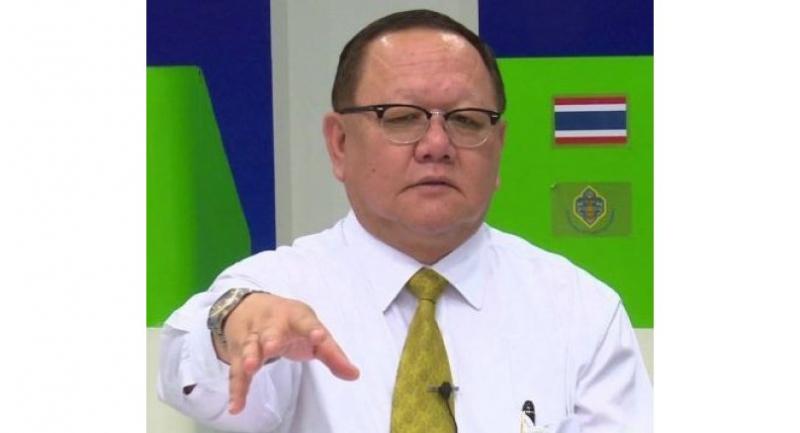 Gerrymandering is aimed at benefiting a particular party, they charge

POLITICIANS FROM major political parties yesterday cried foul at the constituency mapping done by the Election Commission (EC), claiming that a particular party was favoured through alleged gerrymandering.

The uproar came shortly after the EC announced details of all 350 constituencies in all of the country’s 77 provinces.

The EC’s long-awaited announcement lists all constituencies in each province and identifies districts and sub-districts to be included in each of the constituencies.

Eight provinces with a small population have only one constituency each. Bangkok has the highest number of constituencies at 30, followed by Nakhon Ratchasima (14), Ubon Ratchathani and Khon Kaen (10 each) and Chiang Mai (9).

The announcement – issued on Wednesday and signed by the agency’s president Ittiporn Boonpracong – was published in the Royal Gazette yesterday, with immediate effect.

Its preamble explains that the EC designated the constituency boundaries in accordance with authority given to the agency by the relevant laws and orders issued by the ruling National Council for Peace and Order (NCPO).

EC deputy secretary-general Nath Laoseesawakool said yesterday that the agency had considered all 98 complaints it received across 33 provinces. He added, however, that the EC also took into account relevant clauses in the MP election law, including one calling for adjacent districts to be merged into the one constituency for the sake of convenient transport for eligible voters.

Despite Nath’s defence, politicians yesterday charged that they suspected gerrymandering of the boundaries.

A Democrat Party former MP for Sukhothai, Sampan Tangbenjapol, said in his Facebook message that the EC had adopted an unforeseen electoral map a “fourth option” for drawing boundaries, when the agency had previously offered only three choices for voters and candidates to see.

The EC developed the new constituency boundaries over the past couple of months, after putting three different options for each electoral area before public hearings and taking feedback.

“It is just the start and already there’s this lack of transparency,” Sampan said. “Plus, the constituencies had already been drawn since the 2014 election and the population number hasn’t changed much. But they redrew the entire map.”

Sampan reported some irregularities in the new drawing. He said certain districts are not exactly proximate but were grouped together as the same constituency, pointing out that this might violate the law.

The politician encouraged voters not to yield to corrupt representatives and to stand up against dictatorship in this election.

Prayut Siriphanit, Pheu Thai Party’s head for the northeastern region, told The Nation that the new electoral constituencies in the areas he is responsible for also saw some changes. He admitted that the maps could impact Pheu Thai candidates in those areas. However, the politician said that they were coming up with plans to deal with this challenge and vowed to win as many constituencies as possible.

“We have to do our best, no matter what,” he said.

Meanwhile, Chaturon Chaisang, now a core leader of Thai Raksa Chart Party, said the new drawing may not have taken into account the public opinion.

His remark referred to the junta order issued at nearly the last minute, that allowed the EC to redraw the map as it saw fit. The order was made even though the agency had already completed the task, with constituency boundaries in line with the opinions offered by local voters and MP candidates.

“The new drawings were done behind closed doors. A handful of people just proposed a new option via some expressway and they miraculously got what they’d asked for,” Chaturon wrote on Facebook. “So, they are just going to take advantage over others until the last minute.”

He also urged the agency to investigate the premature release of the 57-page EC announcement, minus the president’s signature, on social media on Wednesday night.

In response, the EC’s Nath yesterday said that the agency had no concerns regarding the matter, and saw no benefit in taking action against someone behind the premature release.

“Our country is heading towards an election. We all should help with this,” he said.

Constituencies all over the country were in need of redrawn boundaries, as the current Constitution reduced the number of constituencies in the upcoming general election to 350 from the 400 in the previous polls.

There have been complaints of gerrymandering and allegations that the issue of constituency redrawing was used to persuade former MPs to defect from |their parties to a new pro-junta political party.

Gerrymandering is a serious threat for political parties. If a party’s stronghold is separated into two constituencies, for example, that party could lose the election in one or both of those constituencies.

PROVINCES WITH MOST CONSTITUENCIES