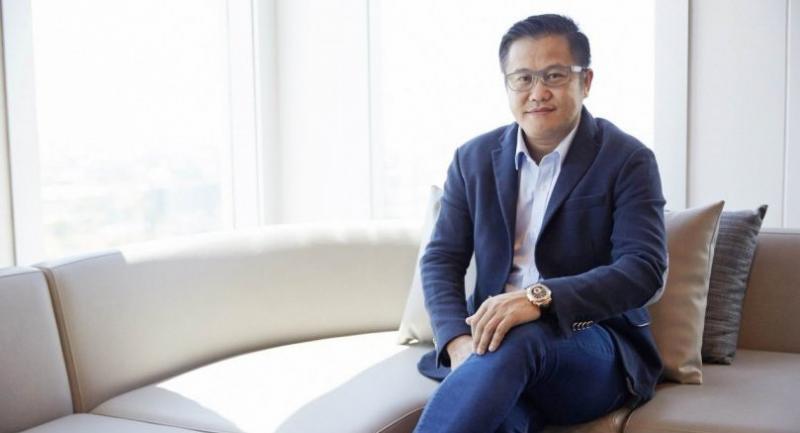 DRIVEN by a conviction that quality housing should be available to all stratas of society, Thanakorn Thanawarith laid the foundations of a property empire with an investment budget of just Bt300,000 a decade ago.

Thanakorn, 44, put the funds into a project for residences that are put out to rent and, from that modest start, the company that he later established - All Inspire Development Plc - has grown to reach total assets of Bt4.22 billion by the end of June this year.

His success is all the more striking given that he had to work his way up from humble beginnings, while overcoming setbacks early in life.

“I had to start my working life when I was only 10 years old, as that was when my father passed away,” Thanakorn recalls of the hardships in his childhood.

“At that time, I had to suspend my studies for one year to make rice noodles at my mother’s home at Mukdaharn province, which required a move from my father’s home at Udon Thani province. My mother did not had money enough to keep me in school at that time, as she had to spend more of her money to keep my older brother and my younger brother in their studies.”

However, he was able to resume his studies and also worked at a hotel in Mukdaharn while completing a bachelor’s degree in business administration from Ramkhamhaeng University. After graduation, Thanakorn began working at a branch of a well-known caf้ chain, before moving on to positions in other consumer businesses, such as restaurants and convenience stores.

While working in these businesses, he began saving in earnest and was able to buy a townhouse in Ramkhamhaeng Road, near the Mistine office, for Bt1.7 million.

“This inspired me to believe that, if I ever had an opportunity to become a property developer, I would develop quality residences that serve the needs of everyone,” he says. “The properties would need to be in prime locations that have easy access to transportation. My first home had been far from the central business district but at that time I had no choice, as I was limited by my budget in what I could buy.”

After buying his first home, Thanakorn continued to save steadily and when he and his wife could put aside Bt300,000, he made his start by investing in residences that are put out to rent.

“I used my experience from the restaurant and the convenience store chain to seek out a prime location, handy for students needing to go to school or university and for other community facilities,” he says.

“I was able to enjoy success in opening such homes for rent over five years and some of them for seven years. For some of the residential units, I would sell them and I gained a profit of more than 50 per cent.

“This success encouraged me to continue in my investment ambitions.”

With his hard work paying off, Thanakorn in 2013 decided to spend his savings of Bt2 million to establish All Inspire Development Co Ltd, with registered capital of Bt2 million. He bought 200 square wah in Soi Baring, on Bangna Trad Road, to develop a low-rise condominium worth Bt102 million.

“I decided to set up my own business after I saw an opportunity to develop condominiums that are located close to the mass transit system, such as the land plot in Soi Baring, which I saw had the potential to be developed as a small condominium to serve the demands of people around that site,” Thanakorn recalls of that turning point in his business life.

For the development of that first project, Thanakorn had to take on everything on his own, such as the management, marketing, sales and advertising.

“I subcontract an architect to design the project and also subcontracted a contractor to build this first project, which I called the Excel Baring,” he says. “Within one month of launching the project on the market, the units were sold out. This inspired me to continue and validated my conviction that now is the right time to do this business. I thus gained the confidence to expand the business.”

Now, six years after establishing All Inspire Development Co Ltd, Thanakorn plans to list the company on the Stock Exchange of Thailand next year. The company in October submitted the preliminary paperwork for the proposed share flotation.

Thanakorn aims to have the company’s Excel and Impression brands recognised among the top five for homebuyers within five years under a stepped-up focus on quality.

The country boy made good says the key to his success in the property business, despite the fierce competition in the market, is the company’s focus on locations that match the needs of the target customers – mainly young workers who are needing a first home that is near their work and community amenities.

“Most of our projects are located close to mass transit systems and community facilities. And they are offered at prices no more than Bt5 million per unit, with designs that serve our customers’ demand,” he says. “I learnt from the purchase of my first townhouse that this was not desirable as it was far from my workplace and the transport was also difficult.

ow that I am a property developer, I tell myself that I have to develop quality residences that come with more functions to serve the demands of all our customers.

“If we were a fashion brand, I think All Inspire Development Plc would likely be the ZARA brand – meaning it is simple and easy for all people to buy and use. This market positioning is the key to my success in the first decade of conducting my own business.”

He adds that he is also concerned about the working environment for his staff, which now number 200. Thanakorn says he has designed the office space, which covers 3,000 square metres, so that it incorporates a common area where staff can engage in activities. His commitment to the employees reflects, he says, the fact that they are the key to business growth over the next decade.

Away from the office, Thanakorn ensures he takes time out every weekend to enjoy family life with his wife and two children.

Of his efforts to achieve a work-life balance, he says: “Before I became Thanakorn, the owner of All Inspire Development Plc, my wife was always there with me in the days when I had to take the bus to work. Family is everything to me and because of that, I do my best to achieve a balance and thus spend more time with them.”