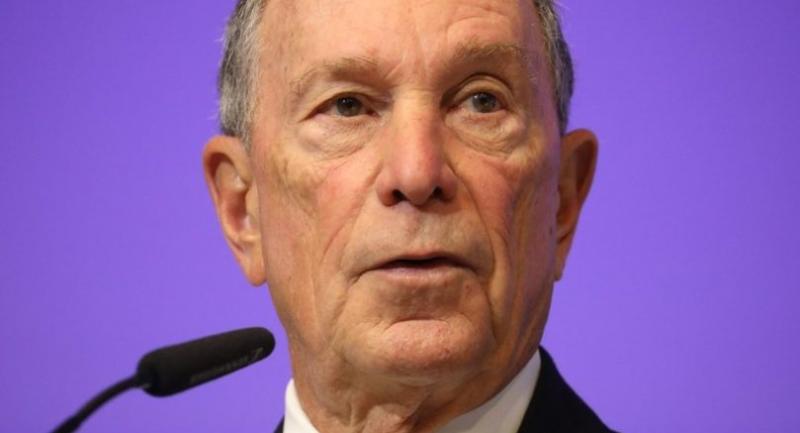 In this file photo taken on March 22, 2018 United Nations Secretary-general envoy for climate action, Michael Bloomberg delivers a speech during the green finance conference at the European commission headquarters in Brussels./AFP

New York billionaire and rumored presidential contender Michael Bloomberg announced Friday a $50 million donation to the opioid crisis amid a progressive decline in US life expectancy.

A record high of more than 70,000 people died of drug overdose deaths in 2017 and suicides climbed 3.7 percent, the US Centers for Disease Control and Prevention's National Center for Health Statistics announced Thursday.

As a result, the average life span in America -- seen as a key indicator of national health and prosperity -- fell to 78.6 years. Statistics show a downward trend in life expectancy since 2014.

Bloomberg Philanthropies said the donation would help up to 10 states strengthen prevention and treatment efforts by addressing the root causes of opioid addiction and save lives over the next three years.

"We are experiencing a national crisis: For the first time since World War I, life expectancy in the US has declined over the past three years -- and opioids are a big reason why," said Bloomberg.

"We cannot sit by and allow this alarming trend to continue -- not when so many Americans are being killed in what should be the prime of their lives."

The billionaire announced the funding at The Bloomberg American Health Summit in Washington.

Pennsylvania, which was the US state with the highest number of drug overdose deaths in 2017, will be the first to participate in the initiative.

Bloomberg, who served as New York mayor from 2002-2013 has an estimated worth of $47 billion, according to Forbes. He founded financial information and media company Bloomberg in 1981.

One of America's leading philanthropists, he has donated billions to gun control and climate change, and has given lavishly to Democratic candidates.

Earlier this month, he announced $1.8 billion in financial aid for his alma mater, Johns Hopkins University to make an elite education more affordable to low- and middle-income students.