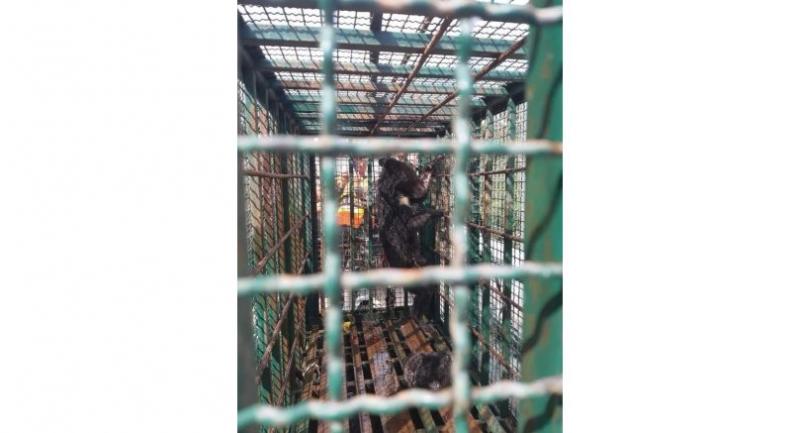 An Asian black bear cub spent the better part of two days clambering around the exterior of a Nakhon Ratchasima condo building before being netted on Saturday afternoon and taken back to the nearby national park where condo owners would prefer it to live.

The 60-kilogram bear was first spotted climbing up the six-storey building on Friday night.

Veterinarian Pattapol Manee-on determined it was still quite young and only recently weaned.

“It might have been enticed by the smell of food coming from the building,” Pattapol said.

The condo itself is quite young and has only a few families in residence.

Officials of the Department of National Parks, Wildlife and Plant Conservation had to bring in a crane so they could get close enough to the bear to pressure it to climb down.

“But when it got down, it rushed inside a condo unit – fortunately there was no one living in that one yet,” Pattapol said.

The bear ended up in a net and was to be released back into Khao Yai National Park, from where it had strayed.