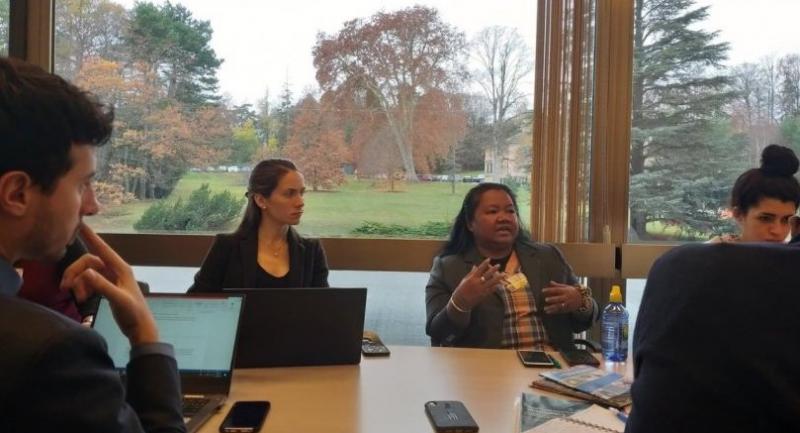 THAILAND’S draft National Action Plan on Business and Human Rights (NAP) needs to have stronger mechanisms to oversee the operations of Thai investors overseas and ensure human rights protection in all aspects.

This was highlighted by the Community Resource Centre Foundation (CRC) at a discussion led by civil society organisations (CSO) at the United Nations Business and Human Rights Forum in Geneva last week. It said that human rights protection should be included in the NAP so the National Human Rights Commission (NHRC)’s scope can be extended beyond the country’s borders and it can monitor Thai businesses overseas to ensure good practices and prevent rights violations.

Sor Rattanamanee Polkla, CRC coordinator, said that since human rights defenders and local communities are being increasingly intimidated by both large and small corporations conducting harmful projects, a strict and inclusive NAP will be an effective legal tool to deal with these problems. “We have found that every problematic project has a poor public participation process that does not truly respect the rights of the people or even considers people’s views,” Sor Rattanamanee said.

“Also there are no legal requirements for mother companies to take responsibility for their subsidiaries’ mistakes, even though it is the mother company that invests in the harmful projects.”

Hence, she said, it is very important for the NAP to include all of CSO’s suggestions, as it will be a tool for the country to take care of harmful investments and ensure that Thai businesses follow good practices for the next five years. For instance, she said, Thailand’s NHRC should have had the jurisdiction to examine the environmentally damaging Laos Don Sahong hydropower dam project, which despite having Malaysian investors, cannot be controlled by the Malaysian rights organisation due to a lack of authority overseas.

Sor Rattanamanee also called on the Rights and Liberties Protection Department to publicise the NAP draft so changes can be suggested before it is submitted to the Cabinet.

“The practices need to be observed and documented in terms of compliance with environmental and social standards, as well as in terms of human rights, and assessment reports of the project should be released in the public domain. There should also be a mechanism that listens to concerns and provides compensation and remedies to affected communities,” Wora said.

Som Phromros, director-general of the Rights and Liberties Protection Department, said his department will address the recommendations and concerns raised by CSOs.

“The issue of extraterritorial obligations is our top priority, which will be included in the NAP. We are also working to ensure that other aspects of human rights protection from business operations, such as the justice fund, are swiftly implemented,” Som said. He added that the NAP draft will be finalised and submitted to the Cabinet within this month.