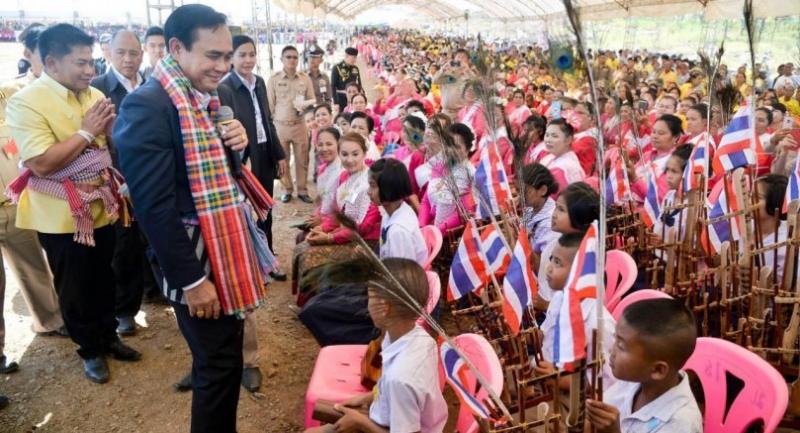 THE THAILAND Development Research Institute (TDRI) is opposed to the government’s plan to offer a 5-per-cent VAT refund to shoppers during the Chinese New Year festival in February, and believes the move is aimed at winning popular support ahead of the general election.

TDRI academic Nipon Poapongsakorn said the tax-refund proposal, which would effectively reduce value-added tax from 7 per cent to just 2 per cent on purchases of up to Bt20,000 per person, would hurt the country’s tax system because the current rate was already well below the 10 per cent VAT mandated by law.

Over the past years, Cabinet has had to approve the temporary reduction of VAT to 7 per cent on an annual basis, he said, adding the government could offer other tax rebates but it should leave the VAT alone.

Nipon also pointed out that the economy was already in a good shape so there was no need to reduce taxes to |boost consumption, and the government’s move was only for political purposes. Also, this year’s GDP growth is projected to top 4 per cent.

Meanwhile, Prime Minister Prayut Chan-o-cha brushed aside allegations that the government was introducing populist measures to win public support ahead of next year’s general election. Instead, he said, tax and other rebates being offered are aimed at reducing the people’s financial burden during the New Year season.

He said the economy would also gain from these rebates, because people would have greater purchasing power. In addition, they can also buy products from community-based enterprises to help redistribute income across the country.

Prayut cited as an example Singapore’s multimillion-dollar plan to help its medium-income citizens, adding that his government wants to help low-income and other groups without having to increase taxes.

As for the VAT refund, Prasong Poontaneat, permanent secretary for Finance, said the measure had been first discussed two years ago, but it was not practical to implement it at the time. As a result, the measure was postponed until this year.

He said the government has earmarked Bt10 billion for the VAT refund, which will be effective from February 1 to 15. People can get a 5-per-cent VAT refund on purchases not exceeding Bt20,000.

In addition, he said, the government would also give Bt500 to the 11 million low-income persons who have registered with the government as part of the state welfare card scheme.

Meanwhile, Decharut Sukkumnoed of Kasetsart University wrote on Facebook that the government’s plan to give free Internet access to low-income earners for six months should be backed by the benefit of developing a massive database on farmers and other low-income groups.

The lecturer said he and a group of university students had last year called on the government to distribute free low-cost smart phones and Internet access to low-income farmers with the objective of building a database to justify the cost of this programme.

It will be worthwhile if the free Internet access will lead to the building of a database, which will be helpful for policy formulation and planning since farmers and other groups are supposed to provide feedback concerning their occupation and interests, including climatic, water resource, crop and other data.