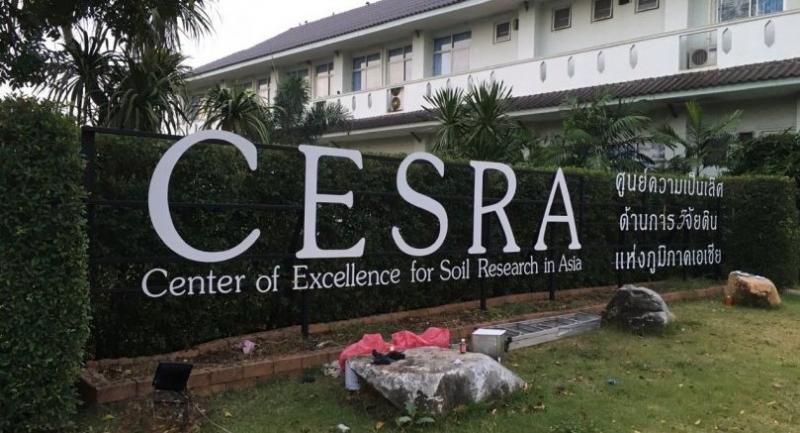 The 800-rai site in Nakhon Ratchasima’s Pak Chong district was established to promote sustainable soil management and an exchange of soil data and information at the global and regional levels via research and development as well as capacity building programmes, said Rapibhat Chandarasrivongs, assistant permanent secretary at the Ministry of Agriculture and Cooperatives.

CESRA was built in accordance with this year’s theme “be a solution to soil pollution", he said.

The country was this year endorsed by the Global Soil Partnership to host the regional centre for 24 countries.

The Land Development Department will lead the work on empowering Asean and communities groups to raise awareness about soil resources and stimulating discussion and action about sustainable soil management among policymakers and the public, he said.

World Soil Day on December 5 focuses attention on the importance of healthy soil and advocating for the sustainable management of soil resources.

The United Nations Food and Agriculture Organisation (FAO) has supported the formal establishment of the international day to celebrate and raise a global awareness of soil.

The day corresponds with the official birthday of HM the late King Bhumibol Adulyadej.

Ronald Vagas of the FAO Global Soil partnership said the CESRA action plan would be finalised at the Asian Soil Partnership meeting from February 26 to March 1 in New Delhi.

Jong-Jin Kim, deputy regional representative of the FAO, said about 33 per cent of soil was already degraded and the rest was deteriorating at an alarming rate.

Pollution was one of the 10 major threats to soil health. Growing cities produced mounds of garbage that end up in landfill with residues leaching into the soil.

“One-third of the plastic produced globally ends up in our soil. Plastic particles are polluting our soil, entering the food chain and the environment, and into our oceans as has been so clearly and alarmingly seen this year,” he said.

Kim said the prevention of soil pollution must be a top priority worldwide. Tackling the problem through education and awareness raising remains the best way to maintain healthy soil and food safety.

They are also essential for achieving the Sustainable Development Goals, especially the zero hunger target.