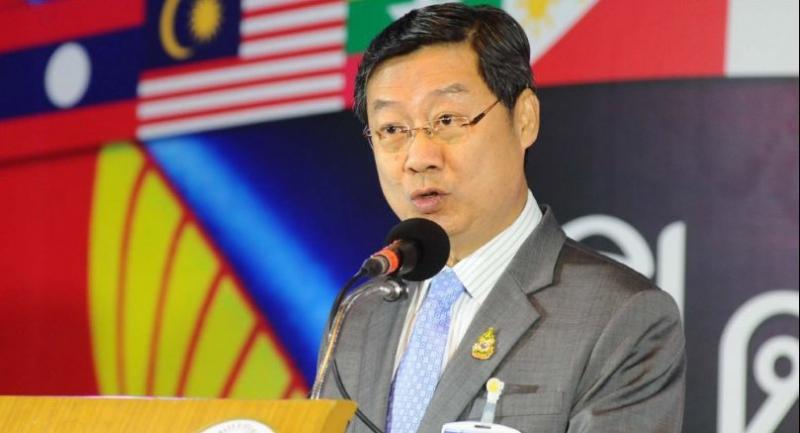 THE NATIONAL Legislative Assembly (NLA) has five choices for a new meeting venue after it vacates the Parliament building at the end of this year, as the compound has to be returned to the Royal Household Bureau.

NLA’s first vice president Surachai Liengboonlertchai said yesterday that the new Parliament should be ready in June, but until then the assembly needs another venue. He heads a working group tasked with finding a new meeting venue for legislators for the period January to June.

Criteria for consideration include facilities such as parking space, dining hall, meeting rooms, electronic voting system and rent. Surachai is expected to make a decision by December 13.

A source familiar with the matter said the TOT Auditorium in Chaeng Wattana area was likely to be chosen, as it meets the criteria, but the Bt80,000 per day rent is far too high. The source added that the NLA hopes to bring the rent down to Bt60,000 per day.

Meanwhile, Surachai said yesterday that though the House of Representatives’ secretary-general Sorasak Pienvej had said the new Parliament compound should be completed by June, he added that he could not vouch for this prediction.

“I am not directly in charge of this matter,” Surachai said, though he added that the construction should be completed by the time the new government was in place.

Separately, a “big clean-up event” at the Parliament building has been scheduled for December 26 and all NLA members have been invited to take part. The government has been using this compound since September 1974.

The new Parliament compound, in Bangkok’s Kiakkai area along the banks of Chao Phraya River, was to be completed by November 2015. However, the Bt12-billion project suffered repeated delays caused by the need to demolish old buildings and relocate residents on the 123-rai site.