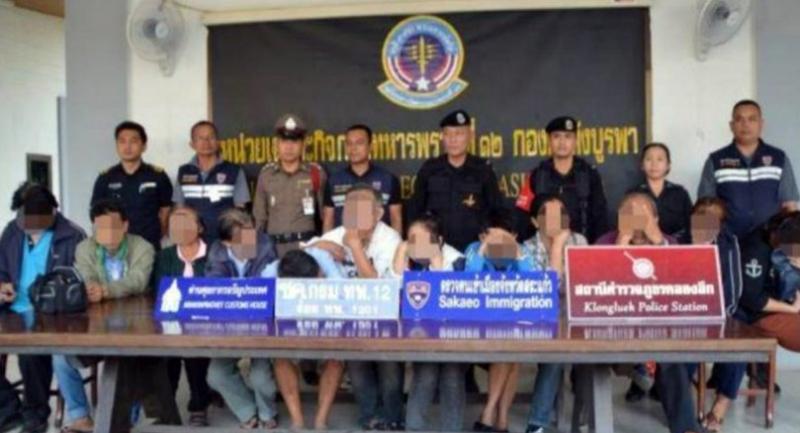 Twelve Thai nationals, who reportedly lost all money in gambling at a casino in Cambodian border town of Poipet and failed to retrieve their Thai passports from a creditor there, were arrested while trying to cross a border fence into Thailand in Sa Kaew's Aranyaprathet district on Wednesday.

Khlong Leuk police said on Thursday that six men and six women, aged 48 to 69, were apprehended by Ranger Company 1201's paramilitary rangers on routine patrol, as they were spotted crossing the border fence, north to the Ban Klong Leuk permanent border pass.

The group told police that they tried to sneak back into the country by bypassing a proper immigration channel because they left their passports with a creditor as collateral to guarantee they would repay their gambling debts.

They insisted they had no choice as they could not get money or borrow from anyone in Cambodia to get their passports back.

After interrogation, Pol Lt Colonel Paisin Kaewsikhao used his authorised discretion to impose a fine ranging from Bt100 to Bt500 on each of them on the charge of entering Thailand without due process, which is punishable with a maximum fine of Bt1,800.