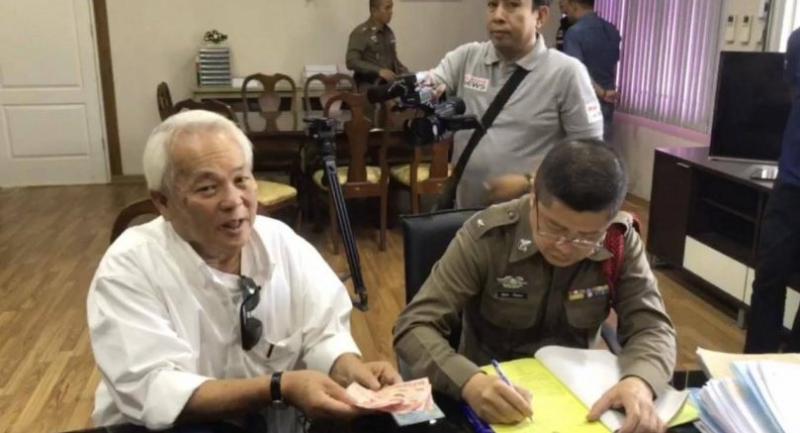 A 72-year-old man, who was caught on camera as the person behind the wheel of a sedan that blocked an ambulance’s path on Sukhumvit Road in Chon Buri’s Muang district, was fined Bt500 as he acknowledged the charge of driving in a manner of barring traffic, said Muang Chon Buri superintendent Pol Colonel Atinan Nuchanart on Thursday. Prawit Boonthaneepakorn, who was accompanied by his daughter and car owner, met the police superintendent to explain himself. The elderly man claimed he was astonished by the siren and froze. As he paid the fine, the man said he apologised to the ill person in the ambulance and hoped the patient recovered quickly.

The incident, which was resolved by the ambulance having to push into another lane, was caught on camera and the clip went viral on Thai social media, attracting widespread criticism.