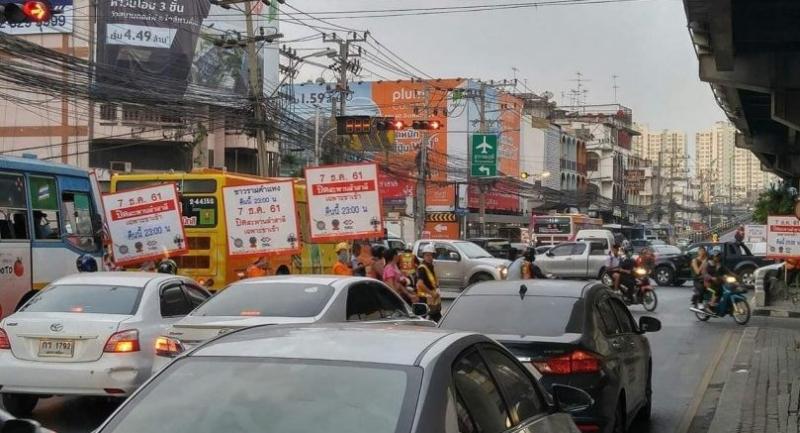 The inbound lanes of the Lam Sali flyover in Bangkok's Bang Kapi district were closed at 11pm on Friday to make way for the year-long construction of a subway station on the Mass Rapid Transit Authority of Thailand (MRTA)'s Orange Line, which runs from Thailand Cultural Center to Min Buri. Traffic police will control the flyover's outbound section, which will remain open with two lanes, one inbound and one outbound, said Pol Maj Gen Jirasan Kaewsaeng-ek, deputy commissioner of the Metropolitan Police Bureau in charge of traffic affairs.

Motorists were advised to avoid the area by using detours, drivers coming from Ramkhamhaeng, Min Buri, can cut into the motorway, he said. Since the closure of the flyover's inbound section, Italian-Thai Development PCL workers had placed barriers and large signboards warning motorists, while others signaled cars that come from Ban Ma intersection heading towards Ramkhamhaeng to use the normal road instead of the flyover.

On Saturday morning, traffic from Sri Nakarin Road towards the Lam Sali intersection was congested as it was the first day the flyover was closed and many motorists were not aware of the change.