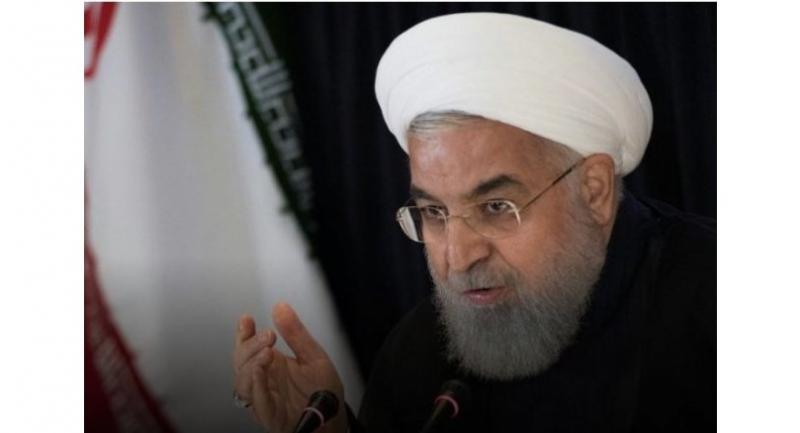 Iran's President Hassan Rouhani said US sanctions were "economic terrorism", as he sought to foster a united front from visiting regional officials on Saturday.

Addressing parliament speakers from Afghanistan, China, Pakistan, Russia and Turkey, Rouhani said they had all suffered economic pressure from the US.

"We are facing an all-out assault which is not only threatening our independence and identity but also is bent on breaking our longstanding ties," he said.

Washington has reimposed an oil embargo and other damaging sanctions on Iran since withdrawing in May from a landmark 2015 nuclear deal between Tehran and major powers.

"America's unjust and illegal sanctions against the honourable nation of Iran have targeted our nation in a clear instance of terrorism," Rouhani said.

"Economic terrorism is designed to create panic in the economy of a country and fear in other countries in order to prevent investment."

The conference in Tehran was a second annual meeting of parliament speakers focused on terrorism and regional cooperation. The first was held last December in Islamabad.

Most participating countries have faced harsh sanctions and other economic pressure as part of the Trump administration's use of trade as a diplomatic weapon.

A brief truce in Trump's trade war with China was again in doubt this week after the arrest of Chinese telecom giant Huawei's chief financial officer, who was detained in Canada to face fraud charges in the US.

Washington has continued to pile fresh sanctions on Russia that began over its military intervention in Ukraine, while Turkey also faced penalties this year over the detention of an American pastor.

Trump has also cancelled hundreds of millions of dollars in aid to Pakistan, accusing it of failing to crack down on militancy.

"When they put pressure on China's trade, we are all harmed... By punishing Turkey, we are all punished. Any time they threaten Russia, we too consider our security to be endangered," Rouhani said.

"We are here to say that we don't intend to tolerate such insolence."

Rouhani warned Europe -- which has strongly objected to the US withdrawal from the nuclear deal -- that much is at stake in its efforts to bypass US sanctions and maintain trade with Iran.

"They should know that by sanctioning Iran, they would harm our ability to fight drugs and terrorism," Rouhani said, referring to Iran's efforts to combat smuggling, particularly from Afghanistan.

The European Union is working on a payment system, known as the "special purpose vehicle", to keep money flowing into Iran, but has struggled to find a host since many countries fear repercussions from the Trump administration.