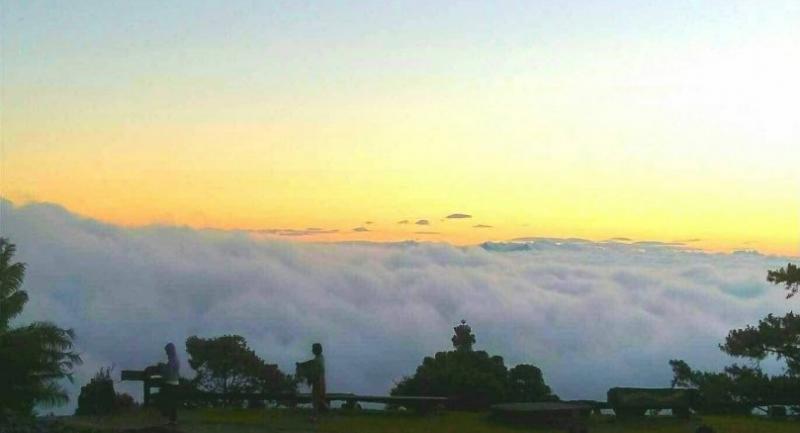 Thai tourists, celebrating a long weekend and Constitution Day on Monday at the high-altitude Huai Nam Dang National Park in the area overlapping Chiang Mai’s Mae Taeng and Wiang Haeng districts and Mae Hong Son’s Pai district, woke up to an enhanced spectacular sea of mist in the morning.

This was due to the mercury having dropped to 14 degrees Celsius, said park head Bancha Ramsiri. Bancha took the opportunity to warn people wishing to visit Huai Nam Dang at this time to wear warm clothing, and those with any allergies to carry medications with them as the temperature in the mountainous park, with its strong winds, would be much colder than in the surrounding plains.

The park as of Monday morning reported having 1,231 visitors, 228 of whom had stayed overnight within the park area.

The park’s Kiew Lom viewpoint, Euang Ngern Palace and Kud Chang tent-setting field in Mae Taeng district reported a minimum of 14 degrees to a maximum of 21 degrees during the morning.