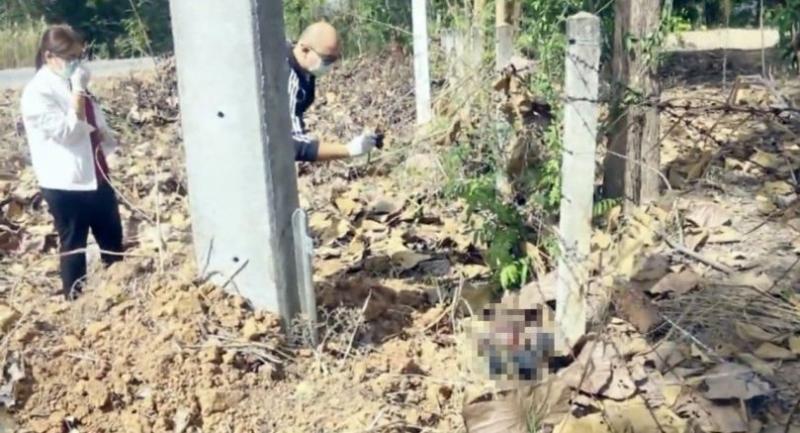 A dead newborn girl, having sustained a deep cut to her throat and blunt-force trauma to the face, was found in multi-layer plastic bags disposed of by the roadside in Chaiyaphum’s Mueang district on Monday morning.

Following a report of the gruesome discovery at 11am, police, rescue workers and a Chaiyaphum Hospital medical examiner rushed to the scene in Tambon Na Siew.

They found the 3-kilogram newborn in the bags, along with a large amount of blood and three pairs of gloves.

Local resident Pornprasit Longchamnong, 46, who was the first to spot the bag with the dead baby inside, said he and others had been setting up small power poles along the Ban Huai Chan-Ban Na Siew Road for a second day when he noticed a foul smell coming from the bag and decided to open it.

Pol Captain Asawin Phromnok of Mueang Chaiyaphum police said the newborn had died from suffocation, as well as sustaining a deep cut to her throat and blunt-force trauma to the face.

This was all allegedly inflicted by the mother, who it is assumed had had an unwanted pregnancy and killed her baby girl before discarding the body by the roadside, he said.

Police will check security camera footage in the area for clues as to who the mother is, with a view to taking legal action against her, he added.