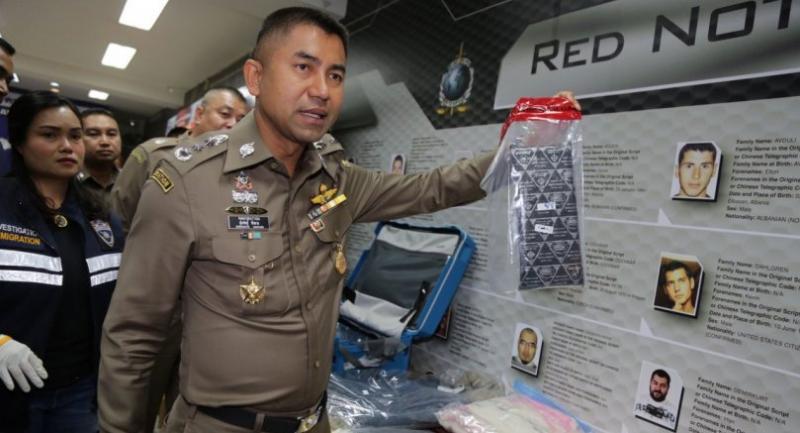 Thai police have arrested an Iranian man who allegedly lured a Japanese tourist into carrying a bag containing about 2 kilograms of crystal methamphetamine, or “ice”, and four plastic-sealed shirts soaked and laced with the drug. The tourist was reportedly duped by being offered a free tour package to Thailand, China and Germany that came with Bt200,000 in pocket money, Immigration Police Bureau deputy chief Pol Maj-General Itthipol Itthisanronnachai told a press conference on Monday.

Police received a report on December 7 from the Japanese Embassy in Thailand that a Japanese tourist had been lured into joining the free tour package via a website and had received the luggage that he was required to carry during the trip, Itthipol said.

The unnamed tourist opened the bag out of suspicion, and found it to contain hard clothing items in sealed plastic bags, which further aroused his suspicion and caused him to contact the embassy. Immigration police then conducted a sting operation to net the bag’s owner, and 43-year-old Iranian suspect Mohamad Ali Ezazi showed up the same night to collect the luggage, the deputy police chief explained.

After presenting themselves to arrest the man, officers searched the bag and found the plastic-sealed shirts as well as six packs of “ice” powder, weighing about 2kg, hidden in a secret compartment.

A subsequent search at two other locations found more drugs. Ezazi reportedly confessed to police that he had delivered the bag to the Japanese tourist after conspiring with Iranian compatriots and criminal partners in Japan to lure people with a free tour package, which required the participants to carry his gang’s bags containing drugs to target countries in Asia and Europe.

Police charged Ezazi with having narcotics in his possession with intent to sell, and will investigate further in order to arrest his accomplices in Thailand and Japan, Itthipol added.