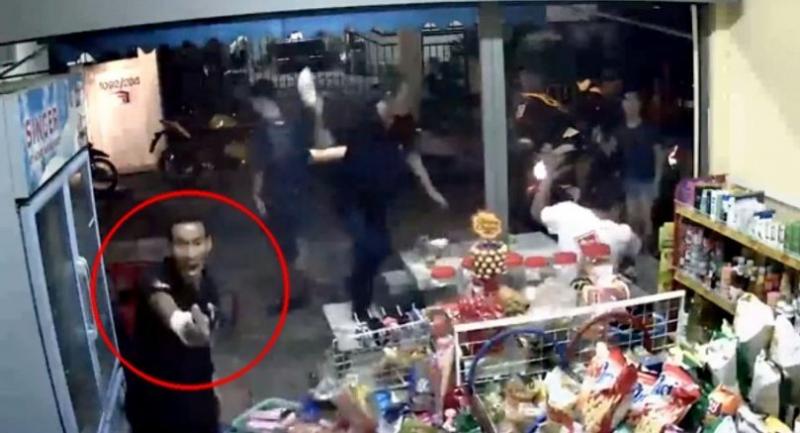 While a manhunt was launched for the four men who attacked two drinkers seated outside a grocery shop on Saturday night in Samut Sakhon’s Mueang district, police on Monday summoned the store owner and the targeted customers to give testimony.

The case got public attention after the grocery shop owner posted a video clip of the incident online.

Officers spoke with the 34-year-old store owner, the two assault victims, aged 41 and 38, along with a 33-year-old drinker who escaped the attack, and a 33-year-old friend who had left the group just before the assault and was probably the person the attackers had asked the victims about at the time.

The store owner has asked for police protection out of fear for her family’s safety.

Pongsiri said that police had already identified the four assault suspects from security camera footage and would summon them to provide information, while investigating further to see if they had any accomplices.

Police will soon gather together all the evidence along with the victims’ and witnesses’ testimonies in order to apply for arrest warrants for all the suspects, he said, adding that the motive behind the assault was suspected to stem from a previous personal dispute between one of the attackers and the victims’ friend.