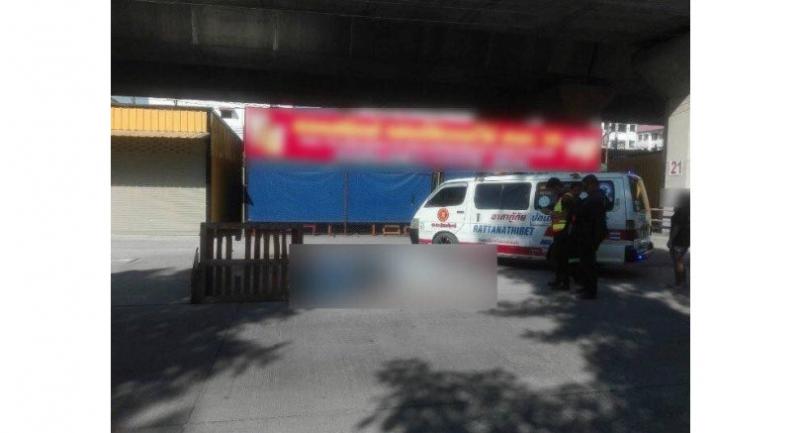 Two workers were hurled to their death from an elevated expressway after a speeding car hit the rear of a furniture pick-up truck that broke down on the left side of the road in Pathum Thani on Tuesday morning. Police said the accident happened at 9.10am on the inbound Srirat Expressway above Wat Bua Kwan Temple.

The pickup was parked on the leftmost lane of the expressway, which was designated for vehicles that have problems to stop, but is often used by motorists to overtake other vehicles.

The two workers were standing in front of the pickup when a Mercedes Benz car hit its rear-end, causing the truck to hit the two workers and hurl them onto the road below, killing them.

Another worker, Panunart Kamaklang, 24, jumped in time to avoid the pickup and was safe.

When police arrived at the scene, they found Pannunart standing crying with the elderly female Mercedes driver, Surang Supornsuk, 70.

Surang said she avoided the vehicles on the right lane, changed to the left lane and hit the truck.