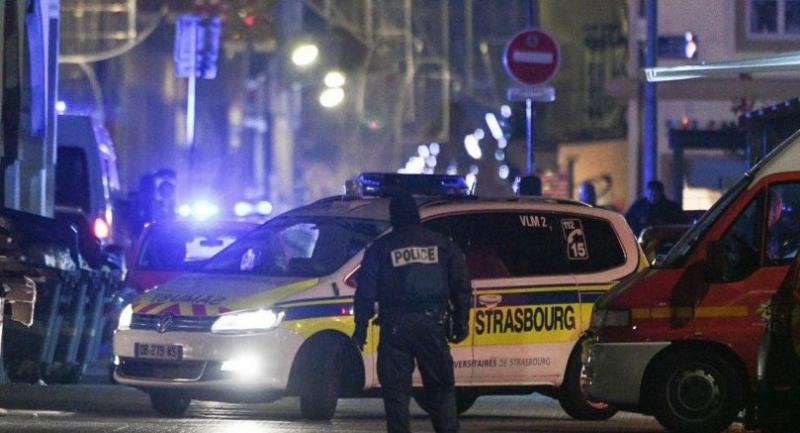 Policemen and emergency medical response vehicules are seen in the rue des Grandes Arcades in Strasbourg, eastern France, after a shooting breakout, on December 11, 2018./AFP

A Thai tourist was among three victims killed by a gunman at a Christmas market in the French city of Strasbourg on Tuesday evening, Paris time, according to a Thai expat organisation in France.

Naiyana had given the details while she waited at a hospital where her husband had been taken, said Namtip, adding that the Thai Embassy in Paris has been informed of the death.

The Thai ambassador is scheduled to travel to Strasbourg today (Wednesday) to help handle the legal process regarding the death.

French authorities said the gunman also wounded a dozen others before fleeing the scene.

A manhunt was under way after the killer opened fire at around 8pm local time (2am Bangkok time) on one of the city's busiest streets, sending crowds of evening shoppers fleeing for safety. Soldiers patrolling the area as part of regular anti-terror operations exchanged fire with the suspect and wounded him, but could not stop him escaping, French police said.