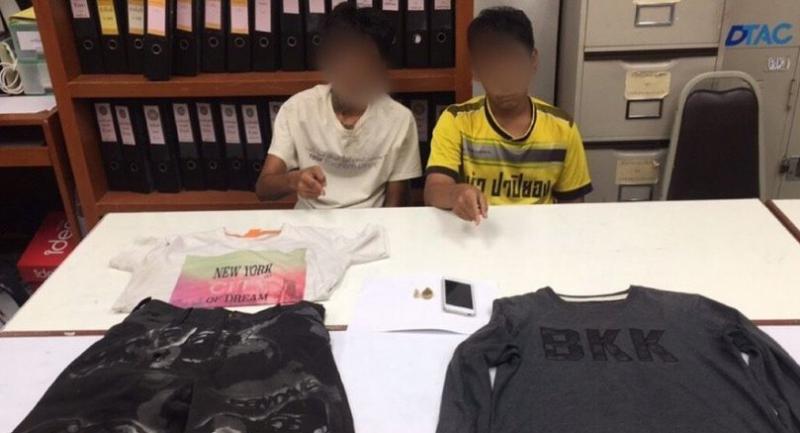 Phuket police have arrested two suspects after they snatched a bag containing cash and a mobile phone from a pedestrian in Phuket Town. They said 19-year-old Chanatiip ‘Lip’ Samartkit from Phuket and 15-year-old from Nakhon Si Thammarat were both arrested at a rental room in Rassada, east of Phuket Town.

The arrest follows the police being notified on Sunday that two suspects had snatched a bag on Bangkok Road. The bag contained Bt10,000 and a mobile phone. The two suspects sped away on a motorbike.

Chanatip reportedly told police they were searching for victims on Bangkok Road as they did not have a job nor money.

They were both taken to Phuket City police station.