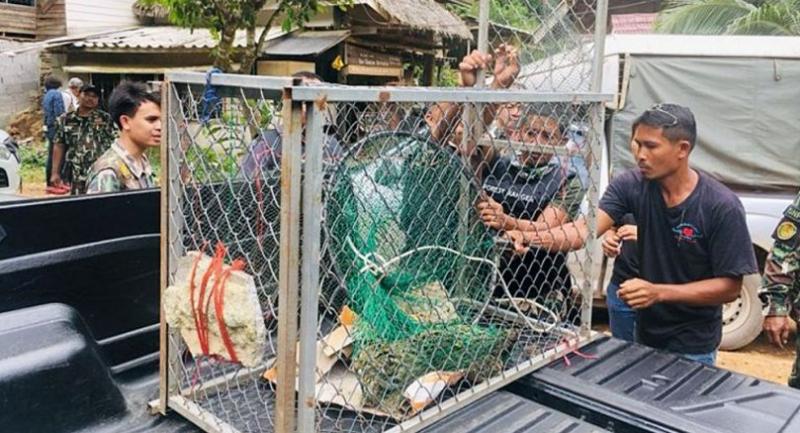 A man has been arrested after being found in possession of protected wild cats which are fierce, the authorities claim. Officers went to a house in Koh Lanta near Krabi after they were notified that a man was keeping protected leopard cats.

A three-year-old male leopard cat weighing 2kg was found inside a big cage at the house. Supakdee Sangkhao, 33, said he was the owner of the cat.

Officers also found a female Bengal cat and 17 kittens walking around the house. They believe the kittens are a mixture of leopard and Bengal.

Officers sterilised all the kittens as the cats are potentially fierce.

Supakdee has been charged with illegal possession of protected animals.

Supakdee said: “A neighbour gave me the leopard cat when it was a kitten. A European tourist gave me the Bengal. I didn’t know that keeping them was illegal.”

The mixture of these two wild cat breeds is very popular. They are quite large and have fur like a tiger and can cost from Bt10,000-100,000.

Police suspect Supakdee was breeding the cats commercially and said they are conducting further investigations.