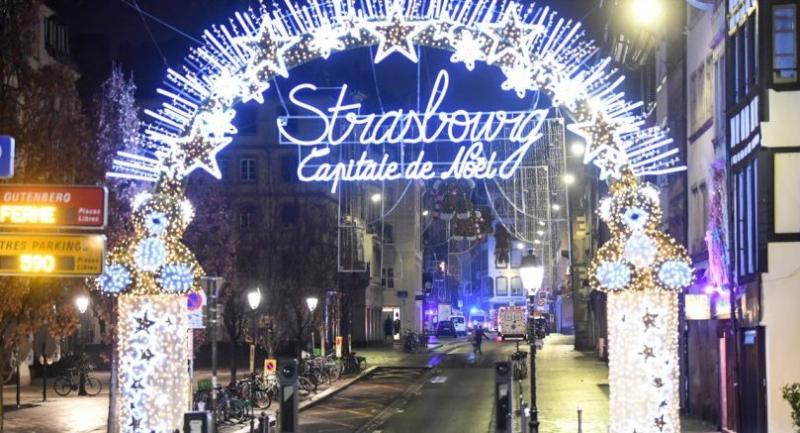 By The Nation, AFP

THE Thai Embassy in France yesterday deplored the fatal shooting by a gunman at a Christmas market in the French city of Strasbourg, in which a Thai tourist was one of the victims.

“The Embassy wants to condemn the gunner, whose acts have resulted in deaths and injured many innocent people,” the embassy said in a statement on its Facebook’s page.

Anupong Suebsaman, a businessman from Chachoengsao province, was one of three people killed in the Christmas-market shooting on Tuesday evening (yesterday Thailand time). The embassy also expressed condolences to Anupong’s family and extended all assistance to his wife, Naiyana, who at press time was at the hospital where his body was being kept.

The embassy extended its thanks to the Thai community in the city, as well as the Thai students association in France and Germany for their help.

Thai Foreign Ministry spokeswoman Busadee Santipitaksat said in Bangkok that the embassy had contacted the Thai expatriate community in Strasbourg to coordinate with local authorities and to take care of Naiyana while she was waiting to reclaim the body.

The embassy has also been in close contact with police in Strasbourg and will provide legal assistance to Naiyana. Officials from the Thai consular office were to travel to Strasbourg yesterday, Busadee added.

Businessman Anupong, 45, owned a noodle factory in Chachoengsao province. Strasbourg was the couple’s first stop on the trip and Paris was to be the next stop.

They had arrived in Strasbourg only the day before and had decided to visit a busy Christmas market there. Anupong reportedly suffered gunshot wounds to the head and body. Paramedics tried unsuccessfully to revive him.

The market, with 300 wooden chalets serving wine and local produce, is a major tourist draw, attracting hundreds of thousands of visitors to the historic city in northeastern France.

The embassy also issued an advisory to Thai nationals travelling in the country to be cautious and to stay abreast of news and announcements.

Shots rang out on December 11 night, and within minutes the busy Christmas market was deserted and the city centre plunged into silence.

The crowd was quickly evacuated by police, and the city centre cordoned off and cleared. As soldiers, police and rescue vehicles arrived, security forces told the few remaining passers-by and city centre residents to take shelter.

“We let everyone inside, down into the wine cellar. They’re locked in there,” local restaurant owner Mouad, 33, said an hour after the attack. When he came out of his establishment, he saw “a man on the ground, blood and bullet casings”.

Some customers told him they had “seen someone with a weapon” running.

A witness, who gave his name as Fatih, told AFP, “We were at Kleber Square, it was around 8pm [2am yesterday, Bangkok time]. I heard shooting and then there was pandemonium. People were running everywhere.”

As he escaped, he saw three wounded people on the ground just a few metres from the giant illuminated Christmas tree erected in the centre of town for the market.

The gunman crossed Pont du Corbeau, one of the bridges that lead to the historic centre of Strasbourg, and opened fire in the Rue des Orfevres. France’s Interior Minister Christophe Castaner said 12 people were wounded in the shootings in addition to the three killed.

The government has upped the level to “emergency attack” with “the implementation of reinforced border controls and tightened controls for all Christmas markets in France to avoid the risk of a copycat” attack, Castaner said.