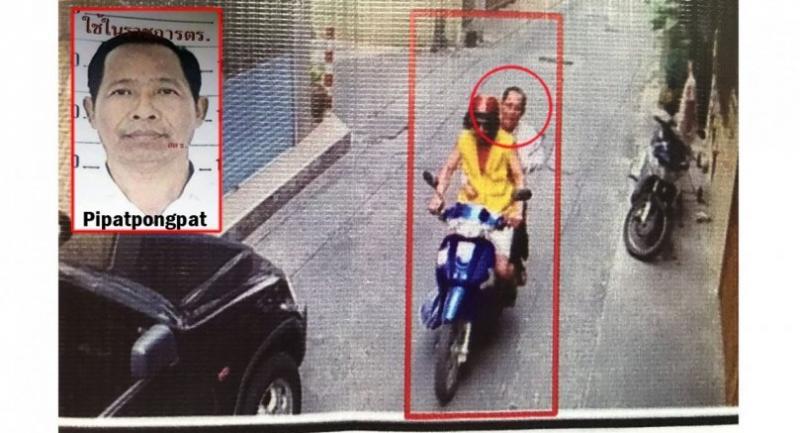 Arrest warrants were issued on Thursday for two male suspects in the theft of a Bt10 million diamond from a fake jewelry shop on Tuesday. Bang Rak precinct superintendent Pol Colonel Duangchote Suwancharat said police was confident that the suspect was still in Thailand and still has the diamond in his possession. The suspect was captured by CCTV footage as he fled on a waiting motorcycle from the front of his fake jewelry shop on Si Phraya Road.

Police say Pipatpongpat got hold of the gem after posing as a jewelry trader and left the diamond owner, Indian businessman Jain Vaiphav, 44, locked in the shop. Vaiphav, who smashed a glass panel to get out and sustained a 20-stitch gash on his arm, had advertised the diamond for sale on a website. Police suspect this gave the thieves the idea to steal it by setting up a fake jewelry shop and luring the Indian businessman to hand over the gem during purchase negotiations.