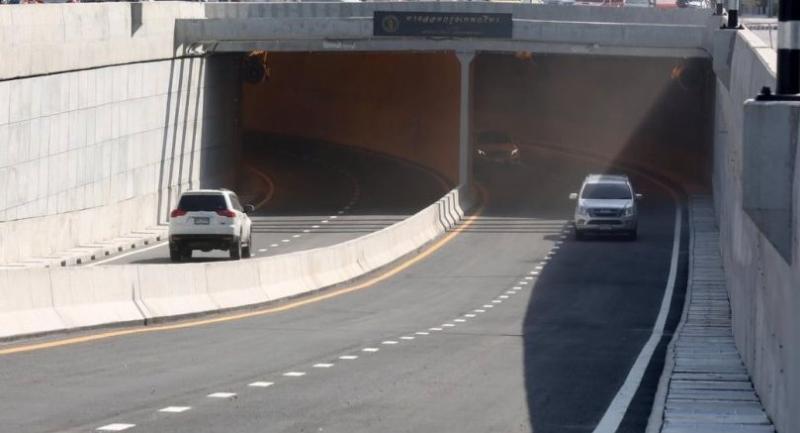 A 560-metre-long underpass along Bangkok’s Krungthep Kreetha Road was officially opened to traffic on Thursday. The four-lane underpass from Khlong Lam Sali Bridge to Soi Krungthep Kreetha 9 was part of the second phase of the 12km Srinakharin-Romklao Road construction project, which has been divided into seven phases, with only the elevated six-lane road between the Kanchanapisek overpass yet to be completed. It is reportedly 59 per cent complete and should be open in March 2019, according to the authorities.