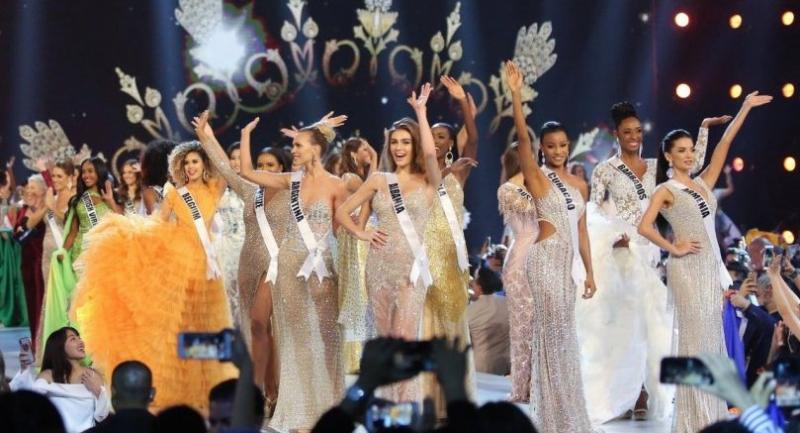 Thailand’s latest turn to host the Miss Universe pageant has, through the power of the global social media, had the added benefits of promoting Thai fashion and raising awareness about LGBT issues, as well as boosting tourism, observers say.

Social media have been riveted on this and other beauty contests for a decade, and Instagram in particular in recent years.

And since Thailand has so many citizens glued to Instagram, Twitter, Line and other networks, the Miss Universe organisers this year formally accredited the administrators of six different Thai social-media pages that specialise in beauty competitions to cover the events being held in Bangkok and Chon Buri. Their representatives are attending the pageant alongside hundreds of reporters and photographers from the traditional media, feeding news and views back to their followers.

The official Miss Universe Instagram feed has 2.7 million followers and the contestants, mobile phones in hand, maintain their own vast Instagram audiences, recording their every experience.

“Social media is having a big impact on this year’s competition. It’s so powerful,” said Narong Lertkitsiri of Pasaya Textile, a partner of organiser TPN 2018, which spent Bt400 million for the right to run the pageant in Thailand.

“Viewers around the world can watch live streams on the official website and the video of the National Costume segment racked up over a million views within 24 hours.”

Thai talent in fashion design is drawing as much interest overseas as local tourist attractions and other elements of Thai culture. Miss Universe Thailand 2018 Sopida Kanchanarin wowed onlookers at the kick-off Thai Night Gala Dinner at the Dusit Thani Bangkok last week with a gown designed by Her Royal Highness Princess Sirivannavari Nariratana, who also dressed Miss Universe 2017 Demi-Leigh Nel-Peters, the young lady about to relinquish her crown.

Plus, the other 93 contestants graciously thanked the host country by wearing “contemporary Thai” costumes that 19 other leading Thai designers created using hand-woven silk from Her Majesty the Queen’s Support Foundation. “Getting to dress all the contestants in the prestigious Miss Universe pageant was a great platform for our designers to show their talents to the world. Thai fashion will be the biggest beneficiary of this year’s contest,” Thammasat University lecturer Thitipong Duangkong, an expert on beauty pageants, told The Nation Weekend.

In a preliminary round on Thursday night at Impact Arena, the contestants wore sexy swimsuits conceived by Princess Sirivannavari with the apt theme “Across the Universe”.

It was quite a showing for Milin, who’d never before participated in such an event, and she returned the favour by posting on Instagram the inspirations for her designs. Her photos and video clips from the contest have been attracting 100 times the number of viewers she normally gets. “It was a great opportunity to dress Sopida and the girls from the US and Russia,” Milin told The Nation Weekend.

“Both Sopida and Sarah have plenty of followers, and their social media has helped spread my brand to the world. Some of the contestants are interested in my clothes and I hope to collaborate with them in the future.”

Veteran designer Polpat Asavaprapha, who has been involved with Miss Universe since 2015, will be dressing Sopida in a red “mermaid gown” for the final on Monday morning (TV primetime in the US).

“Frankly it doesn’t affect marketing much because my signature is smart and minimally elegant, quite different from the gorgeous costumes seen in beauty contests.

“Creating a costume for Miss Universe Thailand is a great honour – and a challenge, dressing her so she can be her most beautiful and most confident.”

Thais are cheering for Sopida to be crowned the Kingdom’s third Miss Universe after triumphs by Apasra Hongsakula in 1965 and Pornthip Simon in 1988. Pornthip is among four women judges at this year’s event. The pageant is meanwhile rewriting history with Spain’s Angela Ponce Camacho competing as the first transgender contestant. “No matter whether she wins or not, Ponce has already raised awareness about gender and LGBT issues in Thailand,” said lecturer Thitipong, who’s also an expert on gender identity.

Ponce counts plenty of Thais among her followers on Instagram.

“If I were lucky enough to be crowned Miss Universe, I would give emphasis to such issues as the lack of education on diversity,” she told The Nation Weekend at Thai Night.

“I’d be a very different type of Miss Universe because my experience growing up has been so very different. I’d become a voice for gender equality for every group of women, including transgender, LGBT and children, as well as highlighting the factors that lead to bullying, prejudice and violence.”

Thitipong said Ponce would help the Spanish Embassy and Thammasat University promote LGBT rights with a campaign in Thailand. “Thailand is LGBT-friendly and we’re pushing for an LGBT law, so Ponce’s involvement will help the Tourism Authority promote its new LGBT segment, for which it plans to take a roadshow to Madrid in January.”