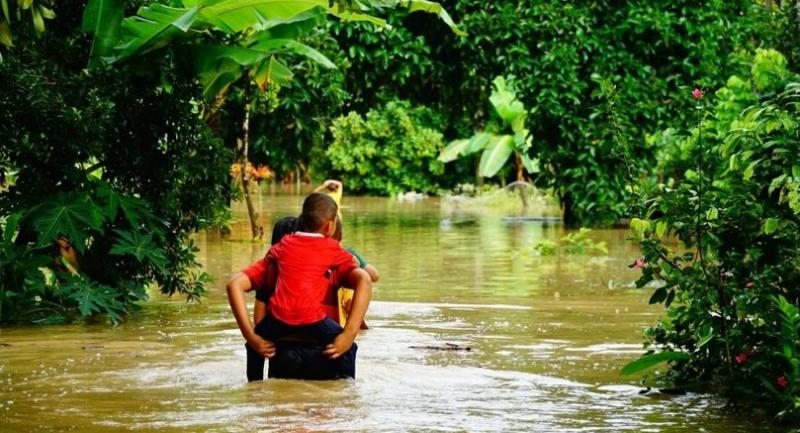 But the water level had reached 50 to 60 centimetres on the road in front of their shops by early afternoon.

The district’s town became inundated after several hours of downpour on Sunday.

Phatthalung Disaster Prevention and Mitigation Office helped locals move their belongings to higher ground out of concern that the water level would continue to rise.

Many houses were swamped as of press time.