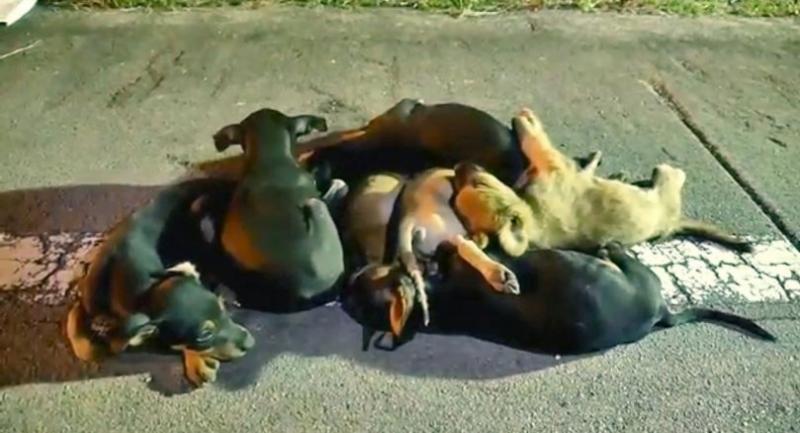 Authorities suspect somebody may tried to drown seven puppies and succeeded in killing five of them in Ratchaburi’s Muang district. Two puppies from the litter were found wet, but alive, though five other likely siblings were found at the same spot but lifeless.

“We will ask police to investigate. If the drowning is confirmed, the person responsible for this act shall be held responsible under the law against animal cruelty,” Tambon Nampu Administrative Organisation’s chief executive Paitoon Pattana said on Sunday. He said this as he took the five little bodies to Thung Tan Temple for cremation. The temple has a crematorium especially for dogs.

Paitoon, accompanied by many, also made merit for the deceased pups.