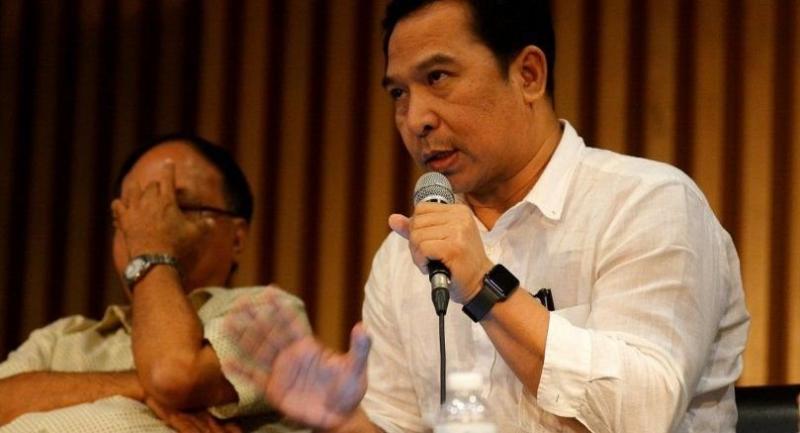 Yet, without additional new measures, Greenpeace country director Tara Buakamsri said,Thailand’s contribution will not be sufficient to meet the global mission to cap rising mean temperatures to the below 2-degrees Celsius limit agreed upon under the Paris Agreement.

Three years have passed since the adoption of the Paris Agreement and its targets, viewed by leading international agencies as an essential but insufficient step to curb rising carbon dioxide levels before it is too late.

The Intergovernmental Panel on Climate Change (IPCC) last week reported that many countries had failed to implement measures to meet the Paris commitment of a 2-degree Celsius limit, noting that additional measures beyond those in the agreement will be needed.

The panel’s special report “reveals it is ever more urgent for the global community to act now, as we need global emission to be significantly decreased by at least 45 per cent within 2030 in order to limit the global temperature rise to 1.5 degree Celsius”, Tara said.

UN Environment also weighed in with its ninth Emissions Gap Report, the latest accounting of the goals and prevention efforts being made by individual countries as reported in their Nationally Determined Contributions (NDCs) to fulfil the Paris Agreement’s goal.

Like the IPCC, UN Environment concluded that the current pace of global action is insufficient to meet the Paris Agreement targets.

According to the UN Framework Convention on Climate Change (UNFCCC), NDCs are considered as the foundation of the Paris Agreement. They are the voluntary commitments made by each Paris Agreement signatory, and form the national goal and framework to reduce greenhouse gas emissions and pursue the climate stabilisation objective.

Though it is not alone, Thailand’s NDC commitment is too weak to effectively combat its greenhouse gas emissions, Tara cautioned. “The 2030 [greenhouse-gas reduction] target for Thailand is not very ambitious,” he said. “Under its target, it will be impossible for Thailand to achieve the benchmark of reducing the per capita emissions to below 5 tonnes of CO2 equivalent, which is needed to achieve the 2-degree Celsius target,” he said.

“Moreover, many government approved on-going projects contradict the NDC’s commitment. For example, in the latest Power Development Plan [PDP], the government maintains fossil fuels as the primary source of energy, and many new gas power plants and waste-to-energy plants are also planned in the PDP.”

In addition to an insufficient commitment by governments to seriously tackle climate change, UN Environment’s Emissions Gap Report found that the rate of global greenhouse gas emission was also rising.

Increased emissions and lagging climate actions mean the size of the emissions gap in this year’s report is larger than ever. If that trend continues, the global temperature will rise beyond 3 degrees Celsius by the end of this century, the study concluded.

UN Environment cautioned that unless governments urgently tripled their efforts to reverse the emission trend and bridged the gap, the last chance to prevent runaway climate change would be missed.

In response, Raweewon Bhuridej, secretary-general of Thailand’s Natural Resources and Environmental Policy and Planning Office, insists that Thailand’s NDCs are a good fit for the country’s current situation. There are multiple dimensions to climate change and the government has to consider all of them, Raweewon added.

“As climate-change policies are closely implicated at every level of the economy, radical measures could disrupt economic development,” she said. “This is why the concurrent UN Climate Change Conference [COP24] in Poland is a very important event, as world leaders try to come up with the most suitable climate policy for their country.

“We have to balance environmental protection with economic development.”

She conceded that a stronger global commitment and more ambitious NDC are urgently needed to avert the impacts of climate change, adding that Thailand’s NDCs will soon be revised to strengthen climate-change prevention efforts. “As all Paris Agreement members are required to revise their NDCs once every five years in order to intensify and improve the country’s climate mitigation commitments, it will be Thailand’s turn in 2020 to propose a more ambitious greenhouse gas reduction target to UNFCCC,” she said.