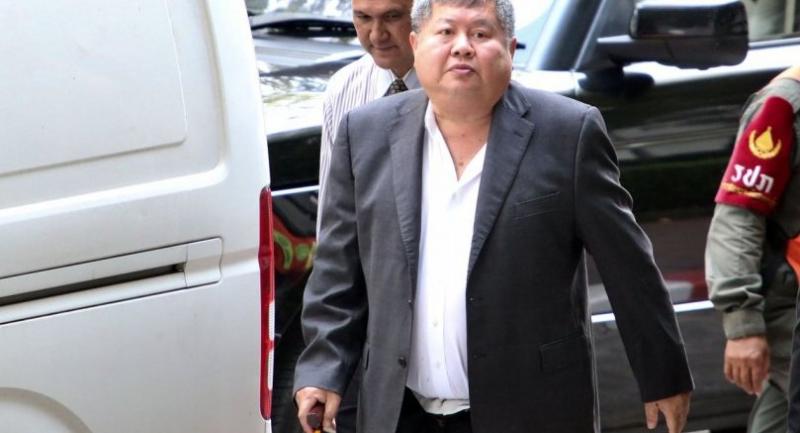 Construction tycoon Premchai Karnasuta said he was excited when he appeared at court in Kanchanaburi’s Thong Pa Phum district on Wednesday to defend himself on poaching-related charges.

This is the first time that Premchai has appeared in court after he was arrested in February at the Thung Yai Naresuan wildlife sanctuary.

He declined to talk to waiting reporters, saying only “I’m excited”, when asked how he was feeling. The other defendants, his four close aides, arrived at court separately.

The authorities confiscated the remains of a black leopard and two other protected animals as well as rifles and other weapons from his camp at the wildlife sanctuary in February.

Four of his aides, including a female cook, were also apprehended at the campsite and charged.

The arrests hit both local and foreign headlines as Premchai runs an Italian-Thai construction company that has won many government contracts.

Many fear he will be able to evade prosecution due to his connection with influential figures in Thailand.

However, the investigation has expanded to his home in Bangkok, and he and his wife have also been charged for the illegal possession of elephant tusks.