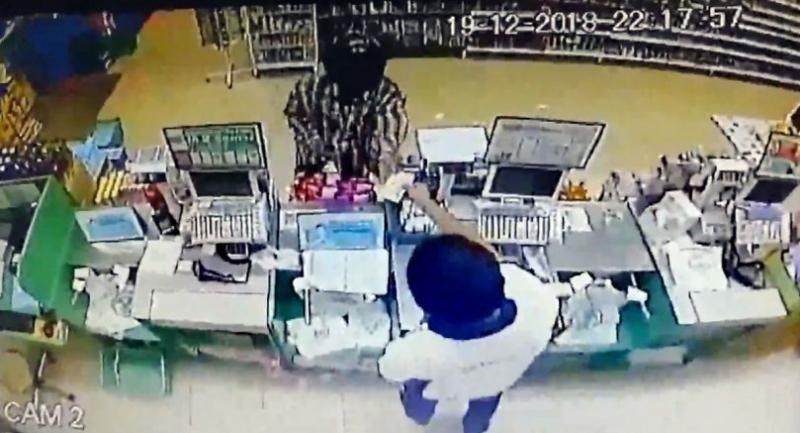 Udon Thani police are searching for a polite robber who gave a wai before and after he robbed two convenience stores in Muang district. Two cashiers told police that the robber, who concealed his face in a full-face motorcycle helmet, walked up to the counter and raised his hands to give a wai, then said he wanted to borrow Bt1,000.

The staff said the man had a knife in his right hand and he also lifted up his shirt to show a pistol in his waistband.

After staff opened the cashier's machine and handed out Bt1,000 he raised his hands and gave another wai as a gesture of thanks and sped off on a motorcycle driven by another man.

Police suspect that the same thief robbed another Lotus Express about one kilometre away on December 13. The robber also asked politely for Bt1,000.