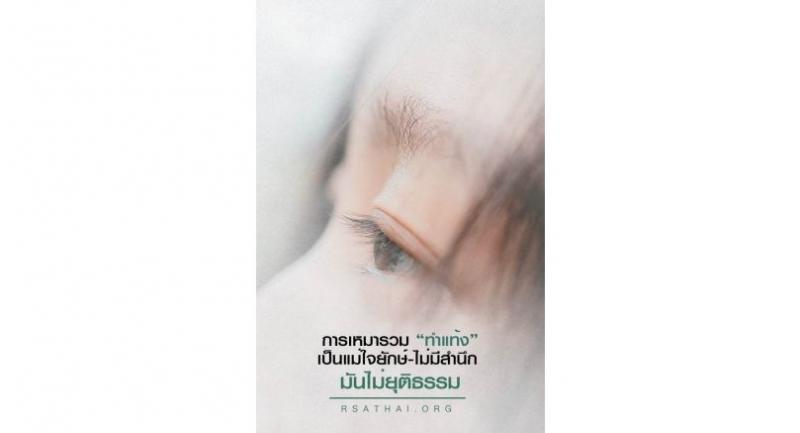 Decision to look into whether law should be eased is welcomed on safety grounds.

THE CONSTITUTIONAL Court has agreed to look into whether the criminal law barring most abortions is a violation of women’s rights.

“Pending the review by the Constitutional Court, police should not take action against anyone involved in safe abortions,” Assoc Professor Kritaya Archavanitkul, representing the Choices Forum, said yesterday.

Together with the organisation Referral System for Safe Abortion (RSA), Choices Forum held a press conference on the court’s decision, saying women have the right to decide whether to go proceed with or terminate a pregnancy.

At present, the law prescribes punishments against women who abort their pregnancies or receive abortion services. Exemptions are granted only when pregnancy threatens the woman’s health or results from sexual attack.

However, pro-choice groups point out that unwanted pregnancy, which can also result from contraceptive error, can be too difficult for women who are not yet ready for motherhood or have had problems in their lives.

Children born from unwanted pregnancies also have less chance of a good upbringing and happy later life, they say.

Thammasat University law lecturer Ronnakorn Bunmee said women should have ultimate control over their own bodies and legally allowed to make key choices, such as having an abortion.

“Don’t negatively judge a woman who’s had an unwanted pregnancy,” he said. “Sometimes mistakes can happen.”

Single mother of two Nim (not her real name) worked at odd jobs and was unable to cope with a third child, so she sought out an abortion service. Age 25, she had just split from her philandering husband, only to discover she was pregnant again. When she couldn’t contact him, she sought an abortion.

She insisted that she used contraception and couldn’t understand how she’d become pregnant.

“Women don’t become pregnant on their own,” Kritaya of Choices Forum pointed out. “How can the man be let off the hook? The Constitution stipulates that men and women are equal and accorded the same dignity, rights and liberties.” She lamented that, because a woman’s right to abortion was not officially recognised in Thailand, many women were forced to put their lives at risk getting a risky illegal abortion or even self-aborting.

He said it would be better if police cracked down on illegal abortionists rather than persecuting doctors who help the RSA provide women with safe services.

At the same time, he encouraged medical workers at all levels to have the courage to provide services to women in need, even though the Constitutional Court has not yet ruled on the matter.

RSA and Choices Forum are not alone in their efforts to give pregnant women choices. The Public Health Ministry and Medical Council have already lent a hand.

He added that his department had also developed a chatbot to provide free counselling to women who need advice on what to do about their pregnancies.

Bancha also intended to raise the issue with the national police chief in a bid to make police more understanding of women’s plight.

According to the World Health Organisation, 45 million women have abortions each year. Of these, 25 million used unsafe services, of whom 97 per cent live in developing nations such as Thailand.

Amorn said that, when Thailand first banned abortion, the social and technological context was far different than it is today.

Ronnakorn said he hoped political parties would declare their stance on abortion ahead of the February election.