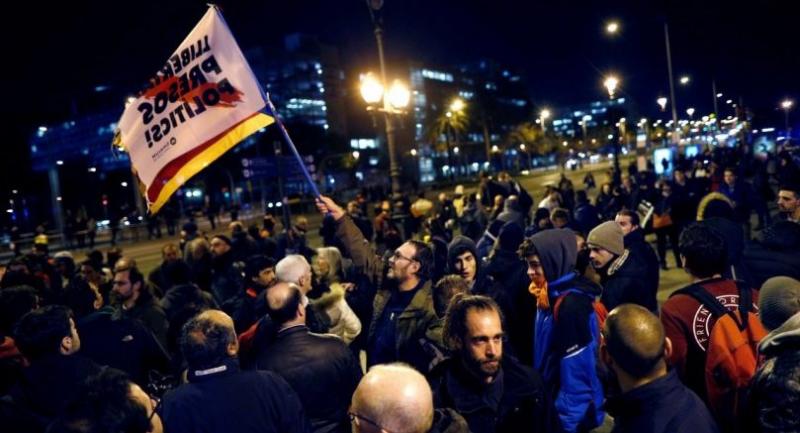 Catalan pro-independence activists protest in front of the Palau de Pedralbes where is taking place the meeting between the Spanish Prime Minister, Pedro Sanchez, and the Catalan President, Quim Torra, in Barcelona on December 20.//EPA-EFE

Thai nationals in Spain have been warned to avoid protests due to be staged by the Catalan Independence Movement on Friday.

The Thai embassy says protests are likely to take place in Barcelona to coincide with a mobile Cabinet meeting being held in the city by the Spanish government.

She says the protests will cause traffic jams and the closure of several roads and some subway stations; it has already been informed that said the underground station in the seaside area of Barceloneta would be closed, as well as stations in Paseo de Garcia old town, Jaume 1 and Diagonal.

About 9,000 Spanish troops and police are being deployed to keep security near the Cabinet meeting site, while intelligence agencies further believe the protesters might provoke violent scenes.

Thais should avoid the protest sites and should heed the instructions of the authorities.

The embassy also warned Thais to be careful of their valuables when travelling in Barcelona as many tourists had been pickpocketed or robbed.