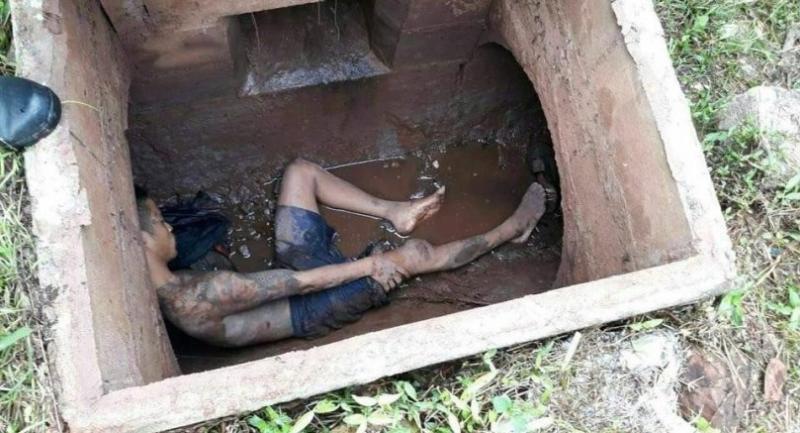 Police on Tuesday arrested an inmate who had escaped from a prison in Surat Thani province after finding him hiding in a sewer near the prison.

Jirayu Leekpai was found with bruises on his knees and arms. He surrendered after officials sprayed mosquito repellent smoke into the sewer where he was hiding.

He and two other prisoners, Wiwat Aksornsom, 32 and Chatchai Nakchatree, 43, had made a joint bid to flee the Chaiya prison shortly after midnight by climbing over the prison’s electric fence.

Jirayu, who is on trial on drug-related charges, managed to jump out but was captured at about 8.45am not far from the prison fence.

Wiwat was electrocuted and his body was found stuck to the fence. Chatchai also suffered electric shock but fell from the fence only to be captured by authorities.

Security authorities had asked the public to alert them if they saw the on-the-run prisoner. He was wearing the prison uniform at the time of his escape.

Wiwat was on trial for having in his possession 38 methamphetamine tablets while Chatchai had been sentenced to a jail term of two years and three months. He is appealing the sentence.