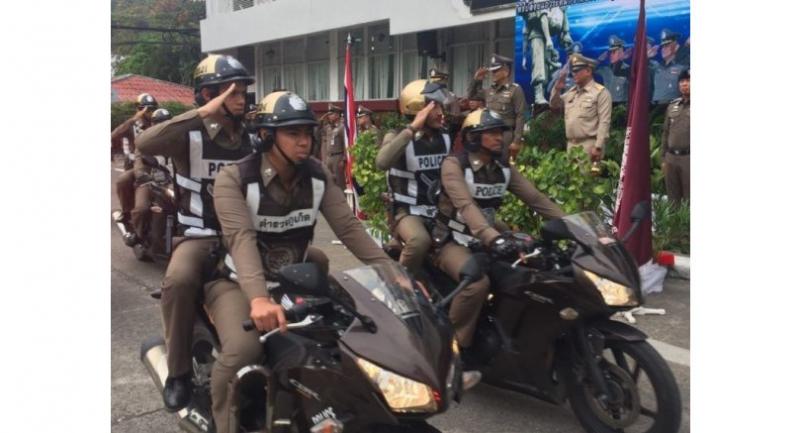 Phuket Police have put on a show of force to assure locals, tourists and expats that they are fully prepared to provide security during the Christmas/New Year holiday period. Provincial Police chief of operations Colonel Kittisak Prasertpon said at Phuket City Police Station on Tuesday: “We are ready to look after the safety of residents and tourists during the festival period. We want people to be happy over the festive season without worries about their safety during celebrations.”