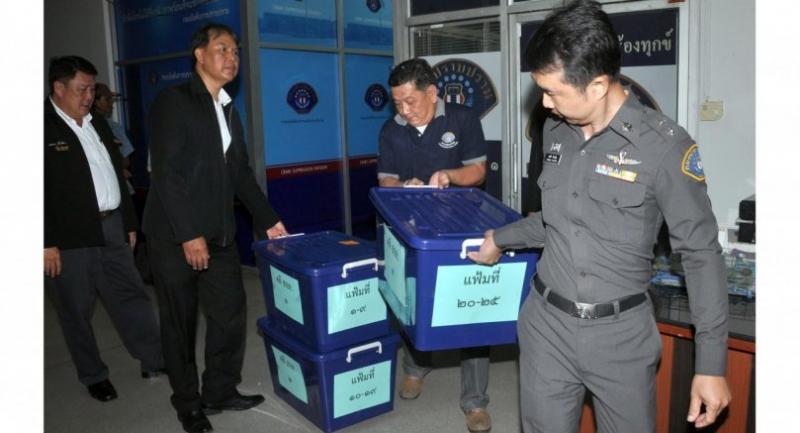 A FORMER bank manager and a university finance chief were each sentenced to more than 190 years in prison yesterday in a Bt1-billion embezzlement and money-laundering case involving King Mongkut’s Institute of Technology Ladkrabang (KMITL). Three other defendants in the case – including the university’s former rector Thawil Puengma – were acquitted.

Public prosecutors pressed charges against the 14, accusing them of theft, forging and using official documents, embezzlement or aiding in embezzlement, malfeasance and money laundering. The alleged offences took place between 2012 and 2014.

The 14 defendants were accused of embezzling Bt689 million from KMITL and laundering Bt303 million – charges that they all denied.

The defendants were mainly executives of the bank or senior officials of the university at the time the alleged wrongdoings were committed.

The court reduced the jail term by a quarter of the original sentence to all those convicted because their testimonies were considered “beneficial to the case’s trial”.

Yesterday, Amporn was sentenced to 203 years in jail, but the court reduced the term to 152 years and three months. The court also ordered her to compensate KMITL for Bt80 million and pay back Bt608.6 million to SCB – both co-plaintiffs seeking damages.

Songklod originally got 193 years and eight months in jail before the court cut it down to 145 years and three months. Also, he was ordered to compensate KMITL for Bt80 million and pay back Bt636.8 million to the bank.

However, the maximum legal imprisonment term that can be served by the main convicts is 50 years.

The nine other convicted defendants face jail terms ranging from four years and six months to 24 years and nine months after reduced penalties.

The court began delivering its 572-page ruling at 8am on Tuesday and completed the verdict reading at 1am yesterday – a new record.

Twelve judges took turns in reading the verdict, with two one-hour breaks for lunch and dinner.

Following his acquittal, Thawil, 64, thanked the court for ensuring him “justice”. Speaking to the media with a smiling face, the former KMITL rector said he had not committed any of the alleged wrongdoings.

He said that he was prepared to fight the case if public prosecutors decided to appeal yesterday’s court ruling.

Regarding a separate case to be heard at the Central Criminal Court for Corruption and Misconduct Cases, the ex-rector said that he was not concerned as “I did nothing wrong”.

Family members of eight of the 11 convicted defendants applied for a temporary release.

Thawil and Sappasit were granted temporary release on bail of Bt8 million each, on condition that they do not leave the country without the Court’s permission.