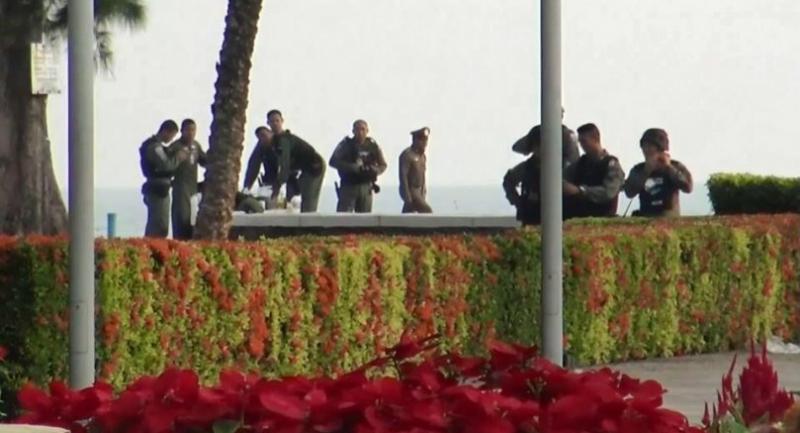 Police and bomb squad on Thursday were busy sweeping the main beach of Songkhla province to see if there were any hidden explosives.

At least five bombs were found in the vicinity of Samila Beach on Thursday morning. One bomb exploded, while the rest were destroyed.

The search was launched after two bomb explosions damaged the tail of a mermaid statue on the beach. Police cordoned off the site and spent all of Thursday afternoon checking the area to ensure safety.