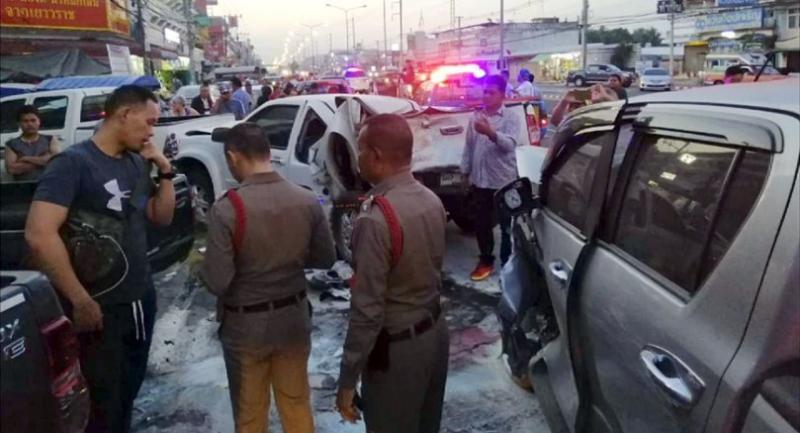 By WICHIT CHUNHAKIJKHAJORN
THE NATION

No one was injured in a 13-vehicle pileup on Thursday morning in Surin's Prasart district, which police blamed on a soldier falling asleep at the wheel. Lt Col Natthawuth Summat of Prasart police attended the Tambon Kang An's market on the Surin-Prasart Road, where 12 cars and one motorcycle were damaged.

The incident on the first day of the seven-day New Year holiday caused congestion on Highway 24 between Ubon Ratchathani and the Cambodia border at Chong Chom. The police said the accident was caused by a pickup driven by a 24-year-old soldier, Sergeant Wanphot Cheepho, who was returning from Muang Surin and heading to a border base in Phanom Dongrak district.

It was reported that Wanphot fell asleep and crashed into the parked cars and a motorcycle in front of the market.