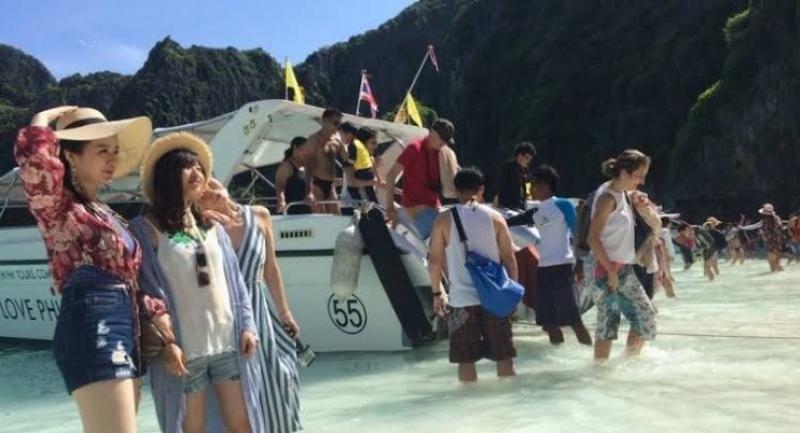 The world is so interconnected, so changes imposed on the environment in Thailand – and the value Thais attach to ecology – cannot be viewed separately from what’s happening elsewhere.

The past year has seen an increasing number of environmental issues arise in Thailand that demonstrated our connection to the world at large_and to its universal values.

A couple of cases involved trophy hunting, a universal issue about which people everywhere have strong emotional reactions – especially if “influential figures” are the ones doing the hunting.

They’re charged with killing protected animals, including a black leopard.

Some in authority might have wanted the matter to quietly disappear, but public concern that Premchai’s political and business connections might help him avoid prosecution have kept the case in the spotlight.

The affair is so rife with controversy – including the question of equal justice for all – that it’s garnered headlines around the globe.

The case is still before the court but proceeding at an unusually fast pace, as noted by conservationists such as Sasin Chalermlarp, president of the Seub Nakhasathien Foundation. A judge’s ruling is expected sometime in the next three months.

The next issue that followed shortly after the black leopard incident and put Thailand on the same test of social inequality was Pa Waeng or “the wracked forest”.

The Court of Appeals Region 5 was in the process of building offices and residences for its judges and staff at the foot of Doi Suthep, a mountain regarded as sacred to some in Chiang Mai. Pristine forest was cleared for the project.

Residents objected to the houses and condominiums spoiling the site, which has been nominated for World Heritage recognition. No one else would have been allowed to build there, they said, but the judiciary had pull.

The protests gained increasing support nationally the longer the issue dragged on.

The whole project was shifted to Chiang Rai in a bid to mollify opponents, but meanwhile some of them were slapped with defamation suits and the ultimate fate of the site on Doi Suthep remains unknown. Thailand’s direct linkage to the world came into harsher focus at about the same time when a tangle of plastic waste more than 10 kilometres across was discovered in the Gulf off Chumpon. The Pacific Ocean and many other bodies of water have long had their vast plastic islands, and now Thailand had one of its own.

In fact, Thais were in some years back placed sixth on an infamous list of 10 nationalities discarding the most plastic into the world’s seas.

The accusation hurt, but the fact was driven home again when marine animals including whales kept washing up on our shores, their lungs and bellies choked with plastic. More global headlines pointed our way, prompting state authorities and some corporations to introduce measures to curb plastic use. No one actually believes a planned ban on plastic straws will do much good, but it’s a welcome move anyway.

And then Thailand found its way onto another list, this one of major nation-recipients of electronic waste. The world’s hazardous junk has to go somewhere, China wanted to stop taking it in, and Thailand with its suitably loose controls earns cash as an import landfill.

And another list, from a group called Germanwatch, placed Thailand among the 10 countries likely to be worst affected by climate change.

If the sea rises as much as scientists predict it will, most of the Gulf provinces and the peninsula could be underwater, raising an alarm for the country to set its priority to deal with climate change.

The worsening environmental issues have been addressed to some extent, like the famed Maya Bay where has been closed for some months now to allow the nature to heal,  but most measures taken in the past year have been reactive rather than proactive.

Directives were issued only after problems escalated instead of coming when problems are foreseen. The aim has been to curb rather than prevent impacts.

In Thailand and elsewhere in the world, environmentalists are hoping that policymakers come to understand the interconnectedness of issues and adopt precautionary rather than mitigating measures.

Thais might be able to stymie the wildlife poachers among them, but resolving environmental issues with global implications like climate change will require international unity.

Especially when it comes to the environment, Thailand, as is now increasingly clear, is not alone. It cannot avoid the impacts nor shun its responsibilities.