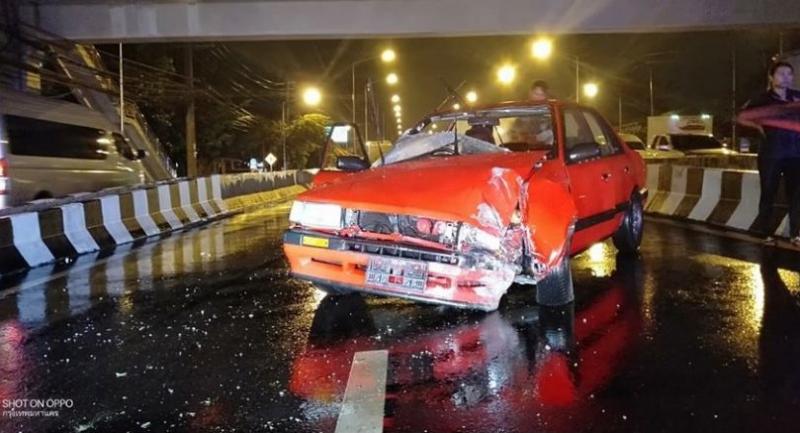 Khon Kaen was the deadliest province in terms of road fatalities, recording 11 deaths. Chiang Mai had the highest number of injured victims – 60. Over the three-day period, 1,633 road accidents occurred and injured 1,690 people on top of deaths recorded.

When compared with the same period a year earlier (December 28-30, 2018), the number of road accidents has seen an improvement over last year’s 1,702 while the number of injured victims has also decreased from last year’s 1,793. However, the death toll this year is higher – 182 compared to last year’s 167 – in the first three of the seven dangerous days. In a bid to minimise road accidents, officials have set up checkpoints to monitor motorists. National Council for Peace and Order deputy spokeswoman Colonel Sirichan Nga-thong said action had already been taken against 60,492 drunk drivers. “Of the total, 35,474 are motorcyclists,” she said. On Saturday alone, 21,028 motorcyclists were nabbed for reckless driving, with 722 motorcycles confiscated. On the same day, 13,638 automobile drivers, including those of public vehicles, were arrested on the charge of driving behaviour that threatened to cause accidents. A total of 535 driving licences were seized and 274 automobiles confiscated.

“Drunk drivers caused 40 per cent of road accidents on Saturday,” he said. Speeding was the second-most common cause of accidents. About 74 per cent of vehicles involved in accidents were motorcycles while pickups accounted for about 11.66 per cent on Saturday.