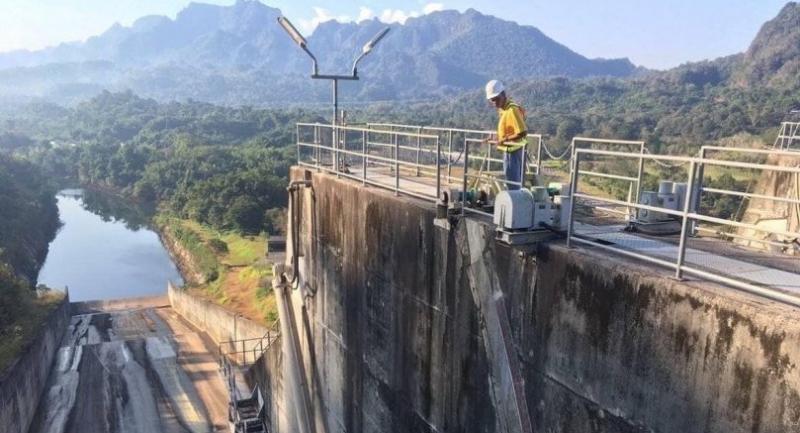 Three earthquakes ranging in magnitude from 1.6 to 4.9 were recorded in ’s Sri Sawat district during Sunday night. The tremors were felt by residents in various districts of this Western border province, prompting fears of impacts on dams in the area especially the Srinakarin Dam in Sri Sawat.

However, the Electricity Generating Authority of Thailand (EGAT) has confirmed all dams are safe. EGAT Civil Maintenance Division head Wanlop Mekpreuksawong said in a statement issued on Monday that the agency’s Dam Safety Remote Monitoring System had found the 4.9-magnitude quake, which occurred at 10.39pm on Sunday, hadn’t affected the structure and stability of the nearby Vajiralongkorn Dam in Thong Pha Phum district nor any other dams. His reassurances were echoed by Prince of Songkhla University seismologist Paiboon Nuannin, who wrote on social media that the structural stability of the Srinakarin Dam - which only recorded a 0.014 g tremor during the 4.9-magnitude quake - was unaffected.

Two aftershocks were felt in Sri Sawat –a 1.6-magnitude tremor at 00.01am on Monday and the 3-magnitude quake at 5.02am, according to the Thai Meteorological Department;s Seismological Bureau.

However, Chainarong Setthachua, a lecturer at Maha Sarakham University, made the point that when a quake occurred, people should not just look at the dam stability but also should watch out for a landslide into the reservoir that could cause an inland “tsunami”. He cited as an example the October 9, 1963 landslide in Italy that sent rocks, trees and earth plummeting into the Vajont Dam in the mountains 100 kilometres north of Venice, resulting in an inland tsunami that swept away entire villages and left more than 2,000 dead. He noted that a four-kilometre-long crack had caused a severe rock-fall near the Srinakarin Dam during a 5.9-magnitude quake on April 22, 1983 but the location was far enough from the dam as to have no consequences.

Chainarong urged the authorities to prepare disaster plans and launch drills at dams especially the three major reservoirs in Kanchanaburi that are located on the fault line.