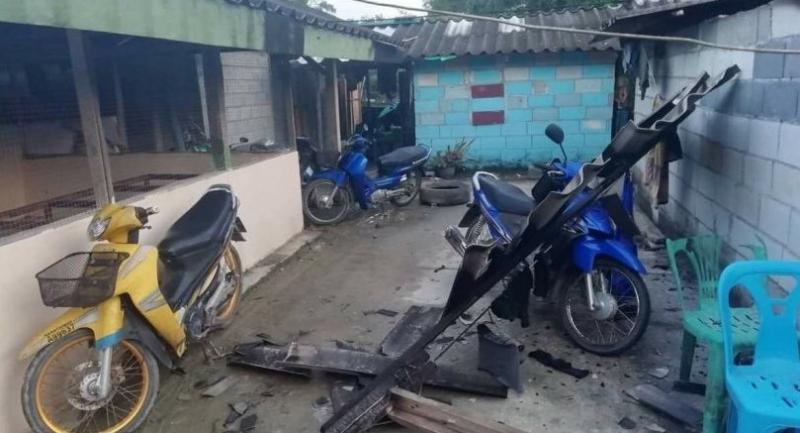 The Southern Border Provinces’ Public Health Personnel Federation has condemned the seizure of Ban Kanua Health Promotion Hospital by insurgents to launch a gun and grenade assault on the nearby civilian defense volunteer base in Tambon Kalisa, Narathiwat’s Rangae district on the evening of December 28. The assault occurred at 6pm and lasted 30 minutes before the insurgents, unable to penetrate the base, fled. No one was injured or killed in the assault although the base suffered some damage.

The federation strongly condemned the seizure of a tambon-level health promotion hospital for violent purposes and the holding of its staff, whose phones were seized so they couldn’t call for help, against their will, and urged the Public Health Ministry to concretely and urgently implement safety measures for such premises and their personnel.

It also called on the government, the Internal Security Operations Command, the Southern Border Provinces Administrative Centre, the Office of the Civil Service Commission, the Ministry of Finance, the Comptroller General’s Department, the Public Health Ministry and related agencies to provide remedial measures for the southern border public health personnel. This, it added, should include compensation from loss due to the unrest and for the hazards they face while serving in high-risk locations.

It also urged the establishment of a fund to provide remedial measures to the southern border public health personnel and their families so as to boost the staff morale.