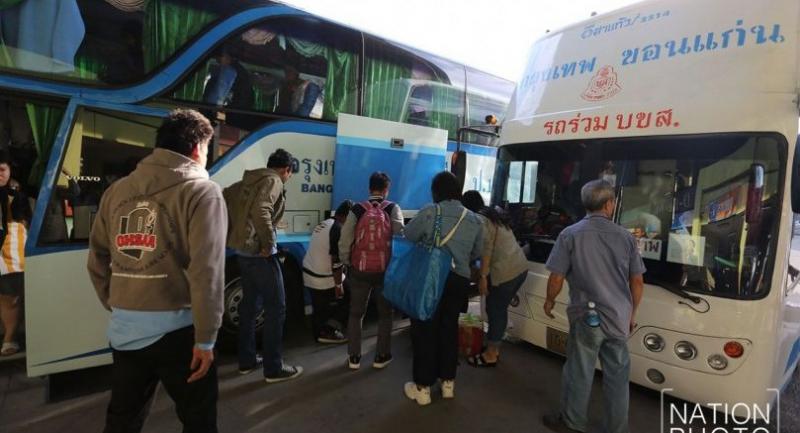 New Year holidaymakers have begun making their way back to Bangkok, resulting in large crowds at three bus terminals in the capital. On Tuesday more than 144,000 travellers had passed through the three terminals. Up to 170,000 more were expected on Wednesday, Transport Co managing director Jirasak Yaowatsakul said.

Jirasak said the number of bus passengers was down 10 per cent from the New Year holidays a year ago.

Transport Co and private operators holding its concessions ensured there were sufficient buses all through December, he said, with a total of 200,253 trips carrying 3,039,923 passengers.

Jirasak said there was a shortage of taxis at Mor Chit 2 Bus Terminal and advised arriving travellers to use the BTS or Bangkok Mass Transit Authority shuttle-bus service to get from there to BTS stations at the Victory Monument, Chatuchak or Bang Na, and carry on home from there. A large number of passengers was meanwhile waiting at Nakhon Ratchasima Bus Terminal 2 for rides to Bangkok.

Terminal chief Pasanti Khaoplod promised to arrange enough trips to clear all of them by 4pm on Wednesday. He’d hiked the number of trips from the usual 160 trips per day to 200 trips for the holiday period.